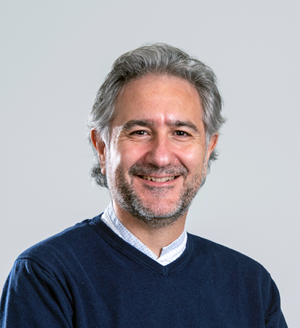 CoronaSurveys: Using Surveys with Indirect Reporting to Estimate the Incidence and Evolution of Epidemics

The world is suffering from a pandemic called COVID-19, caused by the SARS-CoV-2 virus. National governments have problems tracking the...

The very large bandwidth available in the 60 GHz band allows, in principle, to design highly accurate positioning systems. Integrating such systems with standard protocols (e.g., IEEE 802.11ad) is crucial for the deployment of location-based services, but it is also challenging and limits the design choices. Another key problem is that consumer-grade 60 GHz hardware only provides coarse channel state information, and has highly irregular beam shapes due to its cost-efficient design.

SEMPER: A Stateless Traffic Engineering Solution for WAN based on MP-TCP

Enterprise Networking has a strong set of requirements in terms of resiliency, reliability and resources usage. With current approaches being based on monolithic and expensive infrastructures using dedicated overlay links, providers are moving to more economical hybrid solutions that encompass private dedicated links with public/regular Internet connections.

Meeting the Challenges of the Protocol Level Issues for 5G Networks

Among the primary challenges of the roll out 5G networks are the protocol level issues it faces. Issues such as mm-wave beamforming, initial access, MAC layer design, mm-wave localization, network architectures, are all proving to be key elements that must be addressed. Both industry and academic research is still at an early phase of this work and for it to progress work must be done on a number of fronts in terms of test and measurement and other issues. This webinar will examine the work that is being done in addressing these issues and some of the solutions that have been developed.

This integrated demo will interconnect different transport technologies carrying backhaul traffic, fronthaul traffic and both in one network, which demonstrates the 5G-Crosshaul data plane technologies developed in the project.

The seminar will provide an introduction to the Project Loon, a network of balloons designed by Google to extend Internet connectivity to people in rural and remote areas worldwide. We will review its main technical characteristics and how it has evolved in the last couple of years.

Collecting data generated by widespread digital transactions is an increasingly common practice. The likes of telecommunication network operators, mobile service providers, app developers and financial companies have the possibility to track the movements, preferences, activities and habits of large populations of individuals.

Not All Apps Are Created Equal: Analysis of Spatiotemporal Heterogeneity in Nationwide Mobile Service Usage

We investigate how individual mobile services are consumed at a national scale, by studying data collected in a 3G/4G mobile network deployed over a major European country. Through correlation and clustering analyses, our study unveils a strong heterogeneity in the demand for different mobile services, both in time and space. In particular, we show that: (i) somehow surprisingly, almost all considered services exhibit quite different temporal usage patterns; (ii) in contrast to such temporal behavior, spatial patterns are fairly uniform across all services; (iii) when looking at usage patterns at different locations, the average traffic volume per user is dependent on the urbanization level, yet its temporal dynamics are not. Our findings do not only have sociological implications, but are also relevant to the orchestration of network resources.