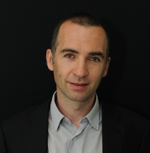 1. What does the research project you lead entail, and what are its specific characteristics?

iJOIN (Interworking and JOINt Design of an Open Access and Backhaul Network Architecture for Small Cells based on Cloud Networks) is a collaborative research project in the ICT domain, a vital area of knowledge in today’s society. The project focuses on mobile communications, one of the most innovative sectors in this field. It is mainly focused on the design and development of a wireless network architecture that (i) can be capable to withstand the traffic demand that applications such as video and social networks will create in the wireless Internet of the future, (ii) improves power efficiency (what is commonly referred to in the industry as green networking), and (iii) lowers deployment costs. To achieve these aims, one of the technologies to be developed under this project is cloud networking, an approach where the access network functionality is moved to the cloud, lowering equipment costs and making them easier to manage, while paving the way to the arrival of new entrants, thus promoting competition and fostering economic growth. Another key technology is small cells, crucial to make an efficient use of such a limited and strategic resource as radio spectrum. Last, iJOIN will also involve a novel joint design of the backhaul and access networks, aimed at maximizing the utilization of the network infrastructure.

2. What national and international institutions are involved in this project?

3. The participation in the Framework Program is a great opportunity as much for the funding it provides as for the opportunities for international cooperation it brings about and the possibility of facing complex scientific and industrial challenges that would enhance the reputation of the organizations. What is the added value you have attained by coordinating this project? How would you rate the benefits of these collaborative projects as compared to those conducted by the group as separate endeavors?

The coordination of projects brings major benefits in terms of visibility, relation with the European Commission and participation in various industry forums, such as project clusters or panels of experts of the Commission. Coordinating the iJOIN project enabled me to strengthen partnerships already underway with world-class entities, as well as to create new ones with institutions I hadn’t have the chance to work with before, paving the way to let me cooperate with some of the world’s best researchers in several subject matters covered by the project.

Compared to non-collaborative projects, the added value brought about by a project like iJOIN lies in the creation and strengthening of said partnerships, which enabled us to delve into broader research subjects, thanks to the joint contribution of the various profiles and knowledge areas involved in the project.

4. What impact will this project have on your research group (both in terms of progress in your line of research and for the group itself)?

The participation in iJOIN will yield a substantial return to my research group, since it will make available to us a groundbreaking knowledge on leading-edge technologies related to our scientific domain. Besides that, it will foster the transfer of technologies handled in the project from IMDEA Networks to the production sector, including both Madrid-based companies the institute has already a close partnership relation with, and other national and international companies.

5. What impact may this project have at the short term (such as exploitable outcomes or readily applicable solutions), in what industries, and with what benefits for the society?

The small cells technology the iJOIN project focuses on has a great transferability potential, since this technology will be crucial in order for the future wireless telephony networks to withstand the traffic volumes they will have to cope with. It is for this reason that the potential benefits that could be reaped by the companies leading the way in this area will be very significant. Additionally, the use of the cloud technology to lower the cost of base stations will represent a major advantage over potentially competing products also based on the small cells approach. The technologies developed under the frame of the iJOIN project may be applied to the wireless communication sector, benefiting the society at large, since they will result in an improved and more efficient connectivity for the citizens, not only in terms of raw speed and availability, but also through the reduction of deployment and maintenance costs, as well as power consumption, thus contributing to the sustainability of our planet.

6. From your perspective as a researcher in a public research center, what kind of measures (regulatory, support and assistance, financial support) would have to be implemented in order to encourage the participation in European R&D projects, and what are the most suitable players to provide them (the institution you are working in, the relevant Public Administration …)?

In order to promote and take part in major ongoing European initiatives already in place such as EIPs, JTIs, KICs, FET Flaghsip and the like, I believe there is a need to set up clusters of leading organizations in each country. This will involve the coordination of the best academic and industrial R&D leaders in each sector, with the support from the relevant authorities in this area, so as to be able to address large-scale European challenges, as well as to properly defend the national interests and priorities in Brussels.