Dr. Joerg Widmer, Research Professor and Research Director of IMDEA Networks, has been appointed “Distinguished Member” by Association for Computing Machinery (ACM). He has received this highly recognized award for his outstanding scientific contributions to the field of computing.

Dr. Joerg Widmer, Research Professor and Research Director of IMDEA Networks, has been appointed “Distinguished Member” by Association for Computing Machinery (ACM). He has received this highly recognized award for his outstanding scientific contributions to the field of computing.​

Joerg Widmer has focused his research on wireless networks, ranging from extremely high frequency millimeter-wave communication and MAC layer design to mobile network architectures. He has been named as a Distinguished Member of the prestigious ACM for helping in the advancement of excellence in educational, engineering and scientific contributions to computing.

He has received this appointment along 61 longstanding ACM members. All 2019 inductees were selected by their peers for a range of accomplishments that have contributed to technologies that underpin how we live, work and play. According to ACM President Cherri M. Pancake, their “overarching goal is to build a community wherein computing professionals can grow professionally and, in turn, contribute to the field and the broader society”. “We are delighted to recognize these individuals for their contributions to computing, and we hope that the careers of the 2019 ACM Distinguished Members will continue to prosper through their participation with ACM.”, says Pancake.

The 2019 ACM innovators work at leading universities, corporations and research institutions around the world, and come from Canada, China, Germany, Qatar, Singapore, Taiwan, the United Kingdom and the United States. It is important to highlight their achievements in different technical areas such as artificial intelligence, human-computer interaction, computer engineering, computer science education, cybersecurity, graphics and networking.

Candidates who want to be recognized by the ACM Distinguished Member program must have at least 15 years of professional experience in the computing field, 5 years of continuous professional ACM membership and have achieved a significant level of accomplishment, or made a significant impact in the field of computing, computer science and / or information technology. This distinction supposes to the researcher to serve as a mentor and role model, guiding technical career development and contributing to the field beyond the norm. 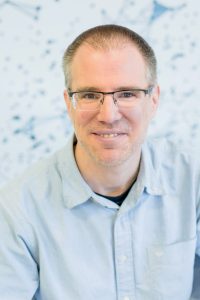 Professor Widmer received his M.S and PhD degrees in computer science from the University of Mannheim, Germany in 2000 and 2003, respectively. From 2005 to 2010, he was manager of the Ubiquitous Networking Research Group at DOCOMO Euro-Labs in Munich, Germany, leading several projects in the area of mobile and cellular networks. Before, he worked as post-doctoral researcher at EPFL, Switzerland on ultra-wide band communication and network coding. He was a visiting researcher at the International Computer Science Institute in Berkeley, CA, USA and University College London, UK.

Widmer authored more than 100 conference and journal papers and three IETF RFCs, holds 13 patents, serves on the editorial board of IEEE Transactions on Communications, and regularly participates in program committees of several major conferences. Recently he was awarded an ERC consolidator grant, the Friedrich Wilhelm Bessel Research Award from the Alexander von Humboldt Foundation, as well as a Spanish Ramón y Cajal grant. He is senior member of IEEE and ACM. Since 2010 he is Research Professor and Research Director at IMDEA Networks Institute in Madrid, Spain.