“In research you're continuously having fun because you're always challenged”

Antonio Fernández Anta talks about what cutting-edge technologies are expected to be discovered in the near future and what it means to work in research. Third part of the interview given by the IMDEA Networks’ researcher

The researcher and professor Antonio Fernández Anta has received November the 5th the ARITMEL Award, one of the four National Computer Science Awards jointly granted by the Spanish Computer Science Society (SCIE) and the BBVA Foundation. Due to this award, we have asked him to tell us his impression about the next technological advances. In addition, he has explained in detail the advantages and disadvantages of developing a research career.

In your opinion, what could be the next technological breakthrough?

I’m not brave enough to give one particular breakthrough. I think that what we’re going to see is an evolution of what we’re already seeing. We’re in the fourth generation of mobile communications, we’re heading into the fifth generation with higher bandwidth, with more presence of communications. So that is going to make us more and more connected at all times in all places. And that is going to change our lives even more. Right now we’re used to be connected at all times but we are aware that we are connected via cell phone. I think the next generation is when we’re connected and we don’t have any means in the middle, no device that we are aware of, between us and these huge collection of services that are online. This is something that has been already known as the “disappearing computer”, the computer and the devices that give us access to them are going to disappear completely.

I think that something that is also going to make a big impact in our lives is the new generation of human computer interfaces. I think that, right now, our interaction with computers is very computer-oriented. We are typing text in a keyboard, we are looking at a screen. I would say in 5 or 10 years we’re going to have a very wide variety of other alternatives, meaning that we’re going to be talking, well, we already have that with Siri, Alexa, Google Home… that recognize our voices and recognize what we want to have. But I think that is going to be more widespread and it’s going to be more effective and easy to use. And, in my view, we’re going to have, possibly, immersive environments. The most useful immersive environment that we’re going to have is going to be a combination of voice communication, probably brainwaves reading, devices that read our brains directly, and augmented reality.

What would you tell a young student who is considering a career in research?

I think not everybody can do a career in research, especially in Computer Science. Unfortunately, compared with the salaries in industry, all you’re going to have is lower salary. Compared with positions in industry, there are going to be fewer positions. What I can tell them is that, if they want, they’re going to have fun continuously, because you’re always going to be challenged. There are always going to be new problems to work on, unlike in industry, where is very common that after 3 or 4 years, the kind of work you’re going to be doing is over and over again similar and repetitive kind of tasks. The problem with research is that it’s a full-time job. I go home and although I’m not physically in my position, I keep thinking about all these challenges that I’m trying to solve. I’m thinking about the next research problem; I dream about it. Sometimes you find the solution when you’re dreaming, in the middle of the night. It’s a very absorbing job but it’s fascinating, especially when you find out that what you’re doing actually impacts people’s lives. 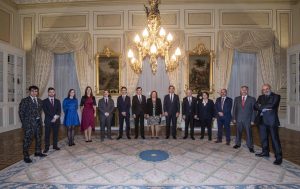 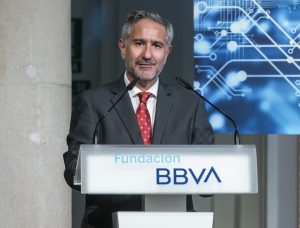 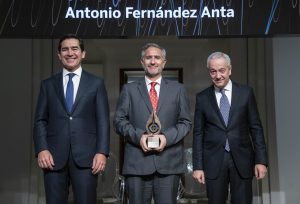