PhD position in the area of LiFi technology for smart greenhouse

IMDEA Networks Institute, the networking research institute, has announced the incorporation of Dr. Nikolaos Laoutaris as Research Professor at its Madrid facility.  In this role, Dr. Laoutaris joins the Institute’s top researchers who are leading the laboratory’s scientific development of future network technologies.

Dr. Arturo Azcorra, the Institute’s Director and Professor at Universidad Carlos III in Madrid, welcomes this latest addition. “Nikolaos Laoutaris is one of the pre-eminent computer scientists in the field. Having collaborated with him for several years, we know that we will be working with an outstanding researcher and innovator – someone with whom we can make important advances in tackling problems of near-universal relevance. His leadership and expertise will be a tremendous asset to our Institute.”

In recent years, Dr. Laoutaris has focused much of his research in the area of data transparency and privacy. As one of the founders of DTL (Data Transparency Lab) he helped to establish a community that develops a new wave of transparency software aimed allowing end users to see what happens to their personal data behind the curtains of the web. His move to Madrid signals his intention to continue developing his interest in this most current of challenges. 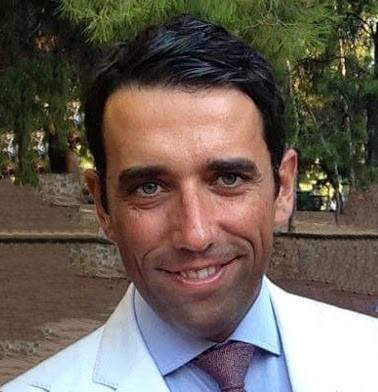 “I’m joining the IMDEA Networks team because of the important position in networking technology research they occupy and the quality and relevance of the work performed by the diverse group of researchers here”, states Laoutaris.  “One of the most taxing issues I am addressing is the question of what happens to users’ data once it gets in the hands of online service providers and the parties that buy data from them. Data transparency and the economics of privacy are of particular interest to me. I’ve been collaborating with IMDEA Networks researchers for a number of years already. Now, I look forward to working closer with my new colleagues, applying ourselves to the most timely and challenging problems at the intersection of technology, policy and the economy. We have already achieved notable results in data transparency and I expect greater things to come in the future.”

Laoutaris also plans to continue his work in other related fields at IMDEA Networks. “In addition to data transparency I plan to work on the related area of information economics and new business models of the web. I am also interested in information propagation problems, including fake news, as well as intelligent transportation. Network measurements and distributed systems problems remain in my research agenda as always.”

Before joining IMDEA Networks, Dr. Laoutaris previously held positions as Senior Researcher at Telefónica, and as Director of Data Science at Eurecat, both in Barcelona. In the same city, he also co-founded the Data Transparency Lab where he was Chief Scientist.  He has published more than 60 publications in top-tier peer reviewed venues including ACM SIGCOMM, ACM IMC, IEEE INFOCOM and ACM CoNEXT. He received his PhD in Computer Science at the University of Athens, Greece.