The IMDEA Networks researcher is awarded by the Spanish Computer Science Association and the BBVA Foundation. The jury highlights the "great international impact" of his "outstanding scientific contributions"

Antonio Fernández Anta, a Research Professor at IMDEA Networks Institute, is the recipient of the National Computer Science Award ARITMEL SCIE – BBVA Foundation 2019. The jury of experts, which made public the list of awardees last May 27th, remarked on “his outstanding scientific contributions in a wide range of areas within Computer Engineering, such as adversarial network models, implementation of failure detectors in distributed computing, fundamental results in networks for multiprocessors or optimization of energy consumption in computer systems, all of which have achieved significant international impact.”

The National Computer Science Awards recognize the work of researchers, as well as public and private organizations working in the field of Computer Science, who have dedicated their professional careers and efforts to the study, strengthening and dissemination of this discipline. The 2019 Research Awards recently announced by the SCIE and the BBVA Foundation, which include four national awards and six awards in the category of “Young Computer Scientists”, will be presented in a formal ceremony next Autumn. In the last edition, José Antonio Ruipérez, a former predoctoral researcher at IMDEA Networks who graduated in 2017, received the 2018 Young Computer Scientist Award.

A life devoted to research 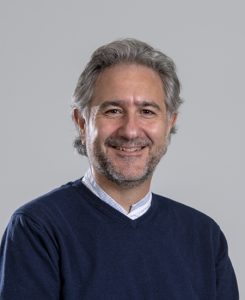 In 2010, Dr. Antonio Fernández Anta gave up his tenured position as Professor of Computer Science and Artificial Intelligence at the Rey Juan Carlos University of Madrid to join the research Institute IMDEA Networks in the role of Research Associate Professor. It was his purpose to fully devote himself to his passion for advancing knowledge in Computer Science and Data Networks, two disciplines that are having a decisive impact on 21st century society, which evolves in step with digital transformation.

His achievements during the following years at IMDEA Networks, led to his promotion to Research Professor in 2014, going on to create and manage the “Global Computing Group”. This research group explores distributed computing systems and social networks in the broadest sense, at analytical and experimental levels.

Antonio’s professional career began more than 25 years ago and has seen him work at prestigious universities and research centers such as MIT and the MIT Media Lab, Bell Labs Murray Hill or the Polytechnic University of Madrid. He has published over two hundred scientific articles and has received several academic awards in recognition of his scientific productivity and performance.

Currently, Antonio tests and broadens the utility of leading concepts in computing and networks, such as machine learning, blockchain, cloud computing, game theory or Big Data. Throughout his career he has demonstrated a marked ability to generate synergies and collaborations with other researchers and groups at an international level, which has generated research results in areas as diverse as online advertising, large data centers, energy efficiency, authentication for mobile devices or the monitoring of underwater biodiversity.