A Spanish study confirms an ongoing 'dirty war' against P2P

Before tackling the proposed Spanish ‘Sinde’ Act (the trending topic of late), it’s worth mentioning the other paths available to the creative industry to defend its rights and which have absolutely nothing to do with legislation.

(Article translated into English from the original version in Spanish)

Carlos III University of Madrid has unveiled a new study today in which it conducts an in-depth analysis of 55,000 torrents compiled from the hugely popular portals The Pirate Bay and Mininova, the aim being to address two pressing questions. Who exactly uploads the content and why do they do it? The report’s conclusions (here, in pdf) are intriguing because they finally put to rest some of the most commonly accepted myths regarding P2P and confirm some of the suspicions concerning how it actually works.

– The study proves what was for many merely a hunch: anti-piracy agencies engage in dirty tactics to saturate P2P networks with fake files. These, combined with malicious users (those who seed networks with viruses or malware), account for 30% of overall content and 25% of total downloads. These agencies, which are effectively funded by producers and software developers, upload fake files with enticing names that never contain what they say or are subsequently removed, the ultimate aim being to contaminate, saturate and render these networks less efficient, as well as frustrating less experienced users; a seeping venom which, according to the study, affects millions of downloaders. Despite the fact that users are warned about these fakes and that the websites have ways of deleting them, they still manage to account for a quarter of all downloads. The agencies channel enormous effort into this endeavor: “If you are a fake, you won’t be able to count on the support of users, meaning you’ll have to dedicate huge resources into seeding”, explains Ángel Cuevas, one of the researchers behind the study.

– The romantic halo surrounding P2P is a myth. “The perception of these systems as being altruistic in nature is simply untrue”, confirms Cuevas. Of the 100 users who upload most of the content to The Pirate Bay, half are altruistic while the other half are anti-piracy agencies, those intent on spreading malicious programs, or web sites that gain some kind of financial incentive, such as advertising (responsible for 30% of the content and 40% of downloads from BitTorrent). According to the researchers, the most popular among them earn tens of thousands of dollars a month.

– P2P is a pyramid in which less than 100 users are responsible for 67% of the content and 75% of the downloads, while just 1% of users are responsible for 30% of the content. “The removal of those publishers seeking economic gain could significantly affect the popularity of these portals and the entire BitTorrent ecosystem. If this occurs, could the most popular file-sharing applications survive without these publishers?”, asks the study.

[Added paragraph: although the raging debate on the proposed Spanish ‘Sinde’ Act has focused more on websites such as seriesyonkis or cinetube, which provide links to direct download servers such as Megaupload, some would contend that the law will also affect our dear and cherished P2P, the place where many users were thinking of returning. “I believe that the Act will also affect P2P. Users can ask Telefónica, for example, to block the P2P ports or block entry to The Pirate Bay”, claims the expert lawyer, Javier de la Cueva.] 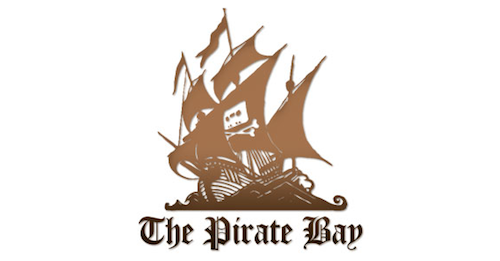 FURTHER MEDIA IMPACT OF THE PUBLICATION “IS CONTENT PUBLISHING IN BITTORRENT ALTRUISTIC OR PROFIT DRIVEN?” :