The event took place at the Real Casa de Correos

The Community of Madrid celebrates the 15th anniversary of the creation of the IMDEA Institutes created by the regional government in 2007 and which have attracted more than 62 million euros thanks to nearly 2,000 R&D projects. These seven public research centers, including IMDEA Networks, develop cutting-edge science and technology with the aim of generating knowledge to transform society.

The commemorative ceremony took place at the Real Casa de Correos, with the participation of the Director General for Research and Technological Innovation, Ana Isabel Cremades, the directors of all the IMDEA Institutes, and the Regional Minister for Education, Universities, and Science and Government Spokesman, Enrique Ossorio.

During his speech, our Deputy Director Albert Banchs thanked the Community of Madrid for its support during these 15 years and also all the Institute’s staff for their dedication and effort. He also highlighted how IMDEA Networks has managed to establish itself internationally at the forefront in the development of future network principles and technologies.

Banchs emphasized that among our objectives is “to transfer the results of our research to the productive sector and to society. And, therefore, to contribute value to the region of Madrid”. In his speech he has mentioned that our Institute occupies the first position in the area of performance measurement and analysis in the Computer Science Rankings (CSRankings), a metrics-based ranking of the best computer science institutions in the world, from the years 2017 to 2021. 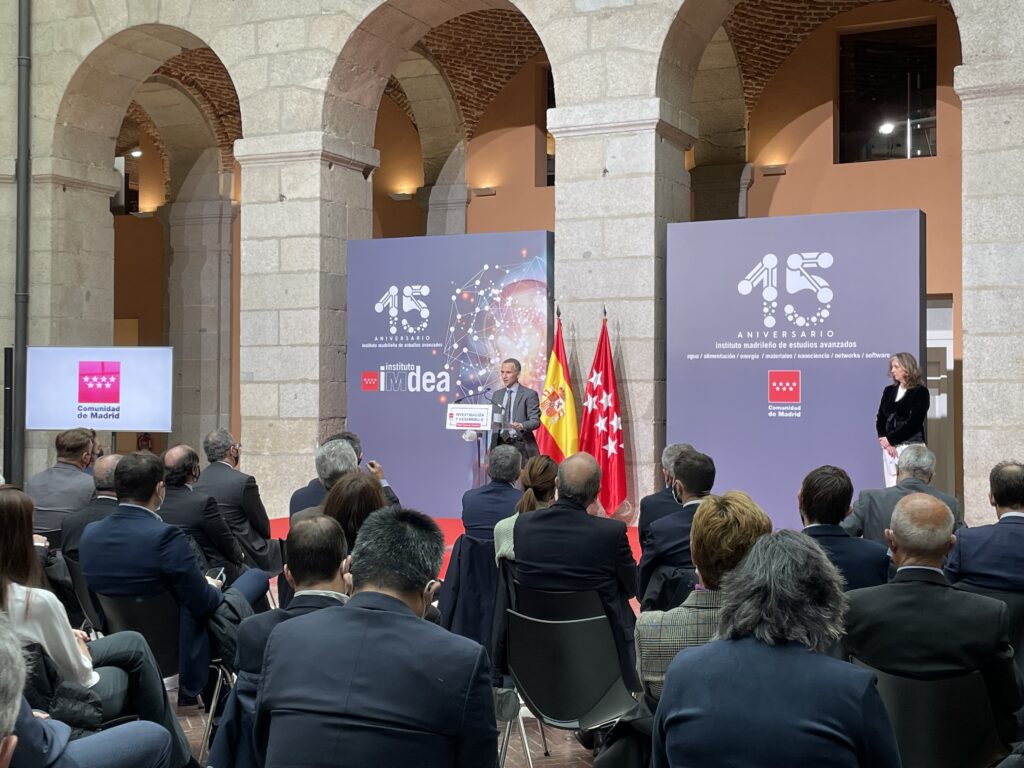 Since the IMDEA Institutes were founded, they have registered almost a hundred patents and more than 20 software developments. In addition, they have participated with great success in the European Union’s Horizon 2020 program, within which they have developed 70 projects, leading 25 of them.

IMDEA brings together more than 900 researchers, 50% of whom have obtained their PhDs at international centers and around 40% of whom come from other countries. More than 300 doctoral theses have been read at these centers and their professionals have published some 5,000 articles in international journals such as Nature, Science, Physical Review Letters, or Scientific American. These texts have been cited more than 100,000 times by other researchers.