One more year, the researchers of the IMDEA Institutes joined the celebration of the European Researchers’ Night of Madrid, a European project that, in our community, is coordinated by the Fundación para el Conocimiento madrimasd. And, one more year, the stage chosen was surpassing: the Residencia de Estudiantes of Madrid.

Each of them is devoted to research in a different scientific area and they also practice and enjoy different sports. However, despite the differences between all the researchers, the audience was able to see that there are many things in which they concur.  First of all, both the athlete and the scientist are born and made, since the ability (with which we are born) is as important as the attitude (the effort we put into improving). Second, the scientific career is, in many ways, a steeplechase and sometimes it may seem like a marathon. The participant goes through every imaginable mood: euphoria, tiredness, sadness… even the despair of facing a wall that looks impassable and tempts to give up. And, as in the marathon, the most important thing for the researcher is to persevere, knowing that only with effort the goal can be accomplished.

Following the simile of marathon, they also agreed that, in the scientific career, what is important is to cross the finish line, rather than the position in which they cross it.

The researcher must set a goal and strive to achieve it. And once it is achieved, move on to the next one. They may sometimes fall, they may want to quit… but they have to get up and keep going. They also agreed that the best option for those that are currently considering their professional career is to follow their vocation and continue working in what they know best, because this will be the only way to bring out the best of themselves.

Besides the seven researchers of the IMDEA Institutes, Sporty Science had several special guests: José Manuel Torralba, general director of Universities and Research, and Retamar school students; and a special host, Manuel Carro, deputy director of IMDEA Software, who accepted to change his inseparable computer for a microphone.

José Manuel Torralba, specialist in Material Science and amateur marathoner, felt identified with the rest of guest researchers. For him, research is like running a long distance race for which you have to train, in which you must learn to suffer and where simply crossing the finish line is a triumph. 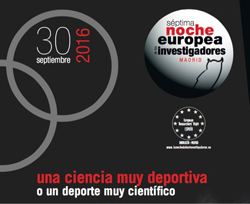 The students of Retamar enlisted to act as journalists for one day and raised questions that the researchers could not escape. Thanks to them, we now know that it is difficult but not impossible to reconcile work, family and sport, if you organize well enough. We also learnt that sport not just strengthens the body, but also relaxes the mind and helps not to go crazy among lots of formulas, computers, microscopes, … And we found out that food is important for everybody’s health, but it is crucial for the athletes and their performance, as it can make the difference between doing well and doing exceptionally well. Some of the answers allowed us to discover that microorganisms obtain energy that can be used to purify the wastewater generated from showering after sports. Others showed us that some plastics, namely polymers, are always around us, especially when we do sport, because we need them to build tracks or manufacture kits, shovels, balls,… They also showed that basketball and nanoscience are similar because teamwork is essential for both of them and each member of the team has its function; and that the today’s man is the same as he was a century ago, although the sport records might make us think otherwise. The difference between them lies in training, which nowadays relies more on science than in the past.

As there is not sport without music, Manuel Mendo accompanied us on the piano, the same piano that Lorca played when he was at the residence. Andrea Iannetta, who was not on stage because she chose to stay with Sophia, her one-week baby, recorded her voice to accompany Manuel’s piano performance so that we didn’t miss her great voice during the evening. 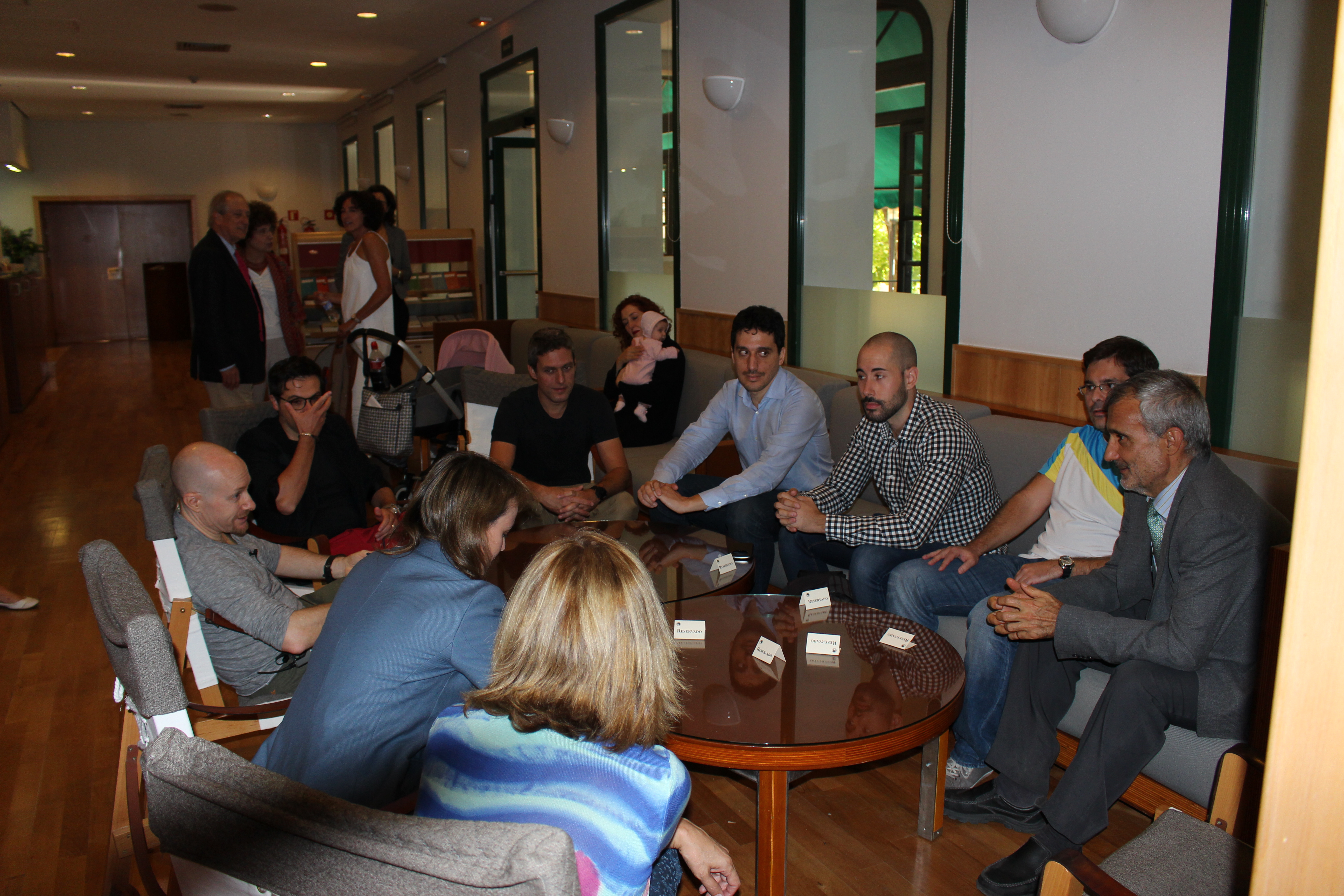