At IMDEA Networks we have the potential, the energy and the means to make a positive change in our socio-economic environment. We perform research with an enterprising spirit, animated by its potential application to market and industry. Our faculty, PhD students, research support engineers, alumni and former team members conform a thriving entrepreneurial community in connection with the latest technological developments and innovative ideas.

We research, develop, test and push forward scientific advances that may one day become goods, services, international standards and even household words. We collaborate closely with industry in a variety of ways, such as through international project consortiums, direct industry contracts, the activities of the 5TONIC innovation lab, as co-inventors of patents, in joint events, or through entrepreneurial ventures. This collaborative exchange allows us to acquire the know-how, experience and forward-thinking engagement needed to match technologies originating from our labs with real-world needs.

Our work covers a wide spectrum of entrepreneurial activities:

The objective of 5TONIC is to create a global open environment where members from industry and academia work together in specific research and innovation projects related to 5G technologies with a view to boost technology and business innovative ventures. The laboratory promotes joint project development and entrepreneurial ventures, discussion fora, events and conference sites, all in an international environment oriented to achieve the highest technological impact in the area of 5G.

5G networks are considered the gateway to the age of “intelligent everything” that awaits us. The development of 5G has thus become a landmark in the global competition for technological leadership, with research projects as 5G EVE, 5G Vinni, 5Growth, 5G Dive…

5TONIC will serve to show the capabilities and interoperation of pre-commercial 5G equipment, services and applications by leading global companies in the 5G arena.

Apart from the initial members, 5TONIC welcomes new members to join and gain from the benefits of an advanced research and innovation laboratory, oriented to research, debate, field-testing and demonstration of all technologies and equipment to support 5G communications, services and applications.

The main 5TONIC Research & Innovation Laboratory site is located at IMDEA Networks.The Institute is one of the main leaders at European level in the field of 5G networks.

5TONIC will help its partner companies to:

Patents are important steps in the process of transferring technology to marketplace. Patent creation has strong implications for the Institute: patents are incentives for their creators, as they imply recognition for their creativity and material reward when these inventions are marketable. These incentives encourage innovation, the guarantee to the continuous improvement in the quality of research and, ultimately, of human life. It is IMDEA Networks Institute’s policy to share a very high percentage of financial proceeds with inventors (our researchers) as reward for their excellence and hard work.

The following are examples of our patenting activities. This is not an exhaustive list of all IMDEA Networks’ patents, as we are unable to disclose some due to confidentiality agreements with the funding companies.

IMDEA Networks and Telefónica Research and Development  continue collaborating on their Joint Research Unit (JRU), which was created in May 2014. The JRU is also known under the name «Telefónica – IMDEA Networks Joint Research Unit in 5G technologies». The development of 5G has already become a landmark in the global competition for technological leadership. Over a period of seven years up to 2020, this private-public alliance will share a wealth of know-how and in-house capabilities to tackle the challenge of creating a blueprint for the new technology and the standards that are to define future ICT networks.

Located at IMDEA Networks’ headquarters in Madrid, the aim of the JRU Telefónica I+D – IMDEA Networks is to establish a strategic partnership that provides an operational framework for close interaction in a varied set of scientific activities. In particular, the JRU brings together a team comprising highly specialized multidisciplinary profiles ready to work collaboratively on externally funded R&D projects. One of the main areas in whichthis collaboration is reflected is the program «Advanced 5G Network Infrastructure for Future Internet PPP», sponsored by the EU Commission within the Horizon 2020 program.

The private-public alliance shares a wealth of know-how and in-house capabilities to tackle the challenge of creating a blueprint for the new technology and the standards that are to define future ICT networks.

Located at IMDEA Networks’ headquarters in Madrid, the private-public alliance “NEC – IMDEA Networks Joint Research Unit in 5G technologies” establishes an operational framework for close collaboration amongst a highly specialized team in a variety of scientific activities. The JRU team will share a wealth of know-how and capabilities to jointly deliver 5G solutions, architectures, technologies and standards.

Work led by experienced scientists Roberto González Sánchez and Andrés García Saavedra, both senior researchers from NEC Laboratories Europe, together with Arturo Azcorra, Joerg Widmer and Albert Banchs, from IMDEA Networks, will focus on key 5G and beyond enablers such as the usage of Artificial Intelligence technologies to improve the performance and usability of the 5G networks or the generation and study of new Internet services.

The range of collaborative activities is broad as well as flexible. It includes joint participation in R&D programs and projects, selection and training of personnel, development of platforms, applications, services and software tools, exploration and technological evaluation, technology transfer activities and enhancement of R&D through internal and external programs, and research dissemination activities.

Both entities have been strongly involved from the start in the European effort to create 5G, the next (and fifth) generation of mobile networks. In effect, they are part of the 5G Infrastructure Association since 2014, a body whose membership has attracted 26 key stakeholders from industry, 18 from academia, and 8 from independent organizations and SMEs as well as 12 partners and a further 2 associate members. This partnership operates with an EU budget of € 700 million devoted to research, development and innovation aimed to create an operational European 5G communications infrastructure by the year 2020. In the context of the 5G-PPP, both NEC and IMDEA Networks are actively involved in several 5G EU projects funded by the Horizon 2020 program, such as 5G-Transformer (NEC) and 5G-EVE (IMDEA Networks).

«Actualidad Económica», the Spanish leading economics and business magazine, annually rewards innovation and business originality with its awards to the hundred best ideas of the year. The thirty-eighth edition of these awards, which are divided into sixteen areas of activity, highlighted, in the category of «Industrial Innovation», the work of IMDEA Networks and Telefónica, along with Ericsson as the first manufacturer to join, in the development of the 5TONIC research laboratory in 5G technologies. 5TONIC exists as an open ecosystem for innovation and research based in Madrid.

Qing Wang was the First Prize winner (1 out of 155) of the 1st China (Shenzhen) Innovation Competition of International Talents (Munich, Germany Division). The project proposal of Qing Wang’s team was “Lighting up the Internet-of-Lights/Things with Li-Fi”, based on the flexible and open-source OpenVLC platform.

The organization Fundación para el Conocimiento madri+d, within the framework of the 10th edition of its Awards, has given special recognition to scientific-technological activities involving public-private cooperation with an impact on the economy of Madrid, through awarding each of the IMDEA Institutes an Honorable Mention for research projects performed in cooperation with Spanish and foreign companies and whose results have been launched commercially in recent years.

The consortium IMDEA Networks Institute – Factory Holding Company 25 S.L. has received this Honorable Mention for a project developing a commercial tool with the necessary software and algorithms to analyze big data for Factory Holding Company 25 S.L., of the Zed Group. The result was a data analysis console that allows client companies’ data to be loaded and treated from multiple viewpoints, extracting trends and identifying patterns. Antonio Fernández Anta, Research Professor at IMDEA Networks, has led the Institute’s research efforts on this project. 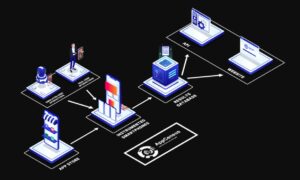 Research Assistant Professor at IMDEA Networks, Narseo Vallina-Rodríguez is founder and shareholder of AppCensus, a start-up company launched from ICSI-UC Berkeley. AppCensus detects behaviors relevant to privacy policies, laws, and regulations, and is used by regulators, enterprises, developers, compliance agencies, and consumers. They examine all incoming and outgoing data flows to detect the presence of sensitive data.

The AppCensus team has an extraordinary track record in consumer data privacy, security and networking, and is frequently quoted by the media, as well as by regulators in state and federal complaints. 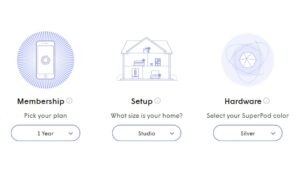 Research Assistant Professor at IMDEA Networks, Balaji Rengarajan has continued his career working in technological companies as Plume Design (since October 2018, works, as Data Scientist, in Stitch Fix, a personal style service for men and women that evolves with their tastes, needs and lifestyle -a combination of  technology with the personal touch of style experts-). In Plume Design, located in San Francisco Bay Area, he worked as an Algorithms Architect, designing and developing systems, for instance, focused on Smart Home services (high-value ones centered around the best possible Wi-Fi in terms of performance, personalization, security…). 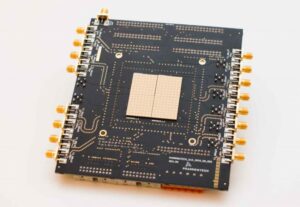 After his stay as a PhD Student and Postdoc Researcher at IMDEA Networks, Hany Assasa joined this company, whose motto is “Cut your cable, boost your broadband”. A fast growing startup headquartered in Leuven, Belgium. They create chip and antenna technology for next-generation wireless systems, and design state of the art bulk-CMOS RFIC devices with custom phased array antenna solutions targeted to 3GPP 5G NR and IEEE 802.11ad/ay mmWave applications.

Their R&D team builds a great experience of technological experience at Imec, a world-leading R&D and innovation hub in nanoelectronics and digital technologies. 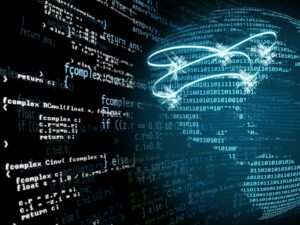 Once finished her Postdoctoral period, Elisa Rojas left IMDEA Networks to be part of the launching team of the startup Telcaria Ideas S.L., dedicated to both research and development of virtualized network services (services in Software Defined Networks -SDN- and Network Function Virtualization -NFV- technologies, both in the 5G network environment). Telcaria provides advanced services to network operators worldwide (a cloud-based network infrastructure, with Web Technology, Internet Services and the integration of ICT solutions). Telcaria is headquartered in Madrid, and it works with leading companies in the sector (Telefonica, Fujitsu, INDRA, Intel or NEC) and also has collaborations with IMDEA Networks and top universities in the area, as University Carlos III of Madrid, U. Polytechnic University of Madrid and University of Alcala.

In 2017, she returned to the University of Alcala, where she currently works as an Assistant Professor and collaborates with international researchers in the field, from countries such as Brazil, USA or Bangladesh.

After being PhD Student at IMDEA Networks, Alex Bikfalvi joined UPF (Universitat Pompeu Fabra). He later decided to go into the launching team of the startup Midokura (a Sony Group company). The founders began their careers building distributed systems for the world’s preeminent e-commerce website: Amazon. There, he managed to be top contributor to its open source software for network virtualization, MidoNet, as well as the technical lead for MidoInsights, Midokura’s first SaaS product for virtual network monitoring and automation.

After being a PhD Student at IMDEA Networks, and a professional stage at Imec, Carlos Donato joined this startup, acquired by Samsung in 2018, developer of artificial intelligence and data analysis tools for telecommunications networks and founded by three Spanish engineers.

Zhilabs provides technological solutions such as CustomAIr and NetLiner, the products that allows Operators to flex the Network for each subscriber, improve Operations and gain in-depth understanding of their Network, Data Services and Subscribers. This revolutionary technology is able to collect massive data at wire-speed, directly from the packet data network and from any OSS/BSS source, correlate it, apply advanced analytics in real-time and act back on the Network.

Talks at IMDEA Networks by Entrepeneurs

IMDEA Networks organizes inspirational talks by speakers who have initiated their journey into entrepreneurship. A journey that involves dreams, learning, work, creation, partnerships, successes and failures in equal measure.