An award-winning study tackles the challenge of energy saving in wireless cellular networks, proposing innovative solutions for energy performance optimization and a holistic approach to further research and development on this topic of fundamental socio-economic importance.

The problem of saving energy in Information and Communication Technologies (ICT) has recently come to the attention of the research community, as part of a general effort towards reducing the carbon footprint of human activities. Indeed, according to several sources, ICTs contribute to between 2% (in developing countries) and 10% of the World’s total power consumption. Furthermore, the power usage of ICT is growing four times faster than in other domains.

The study “Bounds on QoS-Constrained Energy Savings in Cellular Access Networks with Sleep Modes” was presented at the 23rd International Teletraffic Congress (ITC) held in San Francisco, USA, between September 6th and 8th, and won the Best Paper Award. This award, which is granted by a panel of experts after a rigorous peer-review process, ensures the impact of the study will reach more of international research and practitioner community, and could lead to the start of new intellectual directions and the birth of new ideas in the field. The publication was authored by Balaji Rengarajan, Gianluca Rizzo and Marco Ajmone Marsan, all of them affiliated to the Madrid-based Institute IMDEA Networks. Prof. Dr. Ajmone Marsan holds a double affiliation with the Italian Politecnico di Torino.

According to this research, the energy wastage in wireless cellular networks is due to the fact that the energy consumed by the network in periods of low load (e.g. at night), when only few users need to communicate, is the same as in periods when user density is high. There is an explanation for this: networks are usually dimensioned for peak loads, and thus as active users shift, and as the density of active users varies, the network is over-provisioned for a large proportion of the time. Moreover, present day base stations consume an almost constant amount of power, independent of the traffic they are carrying.

The efforts by IMDEA Networks’ researchers were aimed at adapting network resources to traffic load fluctuations over time. “Sleep modes” are part of the proposed approach: they save energy by turning off part of the base stations when the load is low. By effectively putting to sleep and activating network resources according to traffic demands, proportionality between energy consumption and network utilization can be approached, resulting in important reductions in energy consumption.

Previous studies have investigated and evaluated sleep modes for wireless access networks, computing variable percentages of energy savings. In this paper the authors have characterized the maximum energy saving that can be achieved in a cellular wireless access network under a given performance constraint. In particular, their approach allows the derivation of realistic estimates of the energy-optimal density of base stations, corresponding to a given user density, under a fixed performance constraint. Their results allow different proposals to be measured against the maximum theoretically achievable improvement. Indeed, the study shows through numerical evaluation and simulation the possible energy savings in today’s networks, and it further demonstrates that even with the development of highly energy-efficient hardware, a holistic approach incorporating system level techniques is essential to achieving maximum energy efficiency. 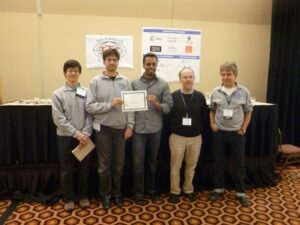