A team of IMDEA Networks predoctoral researchers has achieved the first and third positions within the hub “T3chFest – La Nave (Spain)” that took part in the international Google Hash Code competition.

The competition Hash Code was organized last week by Google for students and IT professionals who competed in teams to solve an engineering challenge based on programming. The event was convened globally, opened to Europe, USA, Middle East and Africa.

The Nave de Madrid hub is one of the 720 hubs across 97 countries chosen to be part of this international event. The hub was organized by the T3chFest conference on computing and new technologies organized yearly by students and alumni from University Carlos III of Madrid. 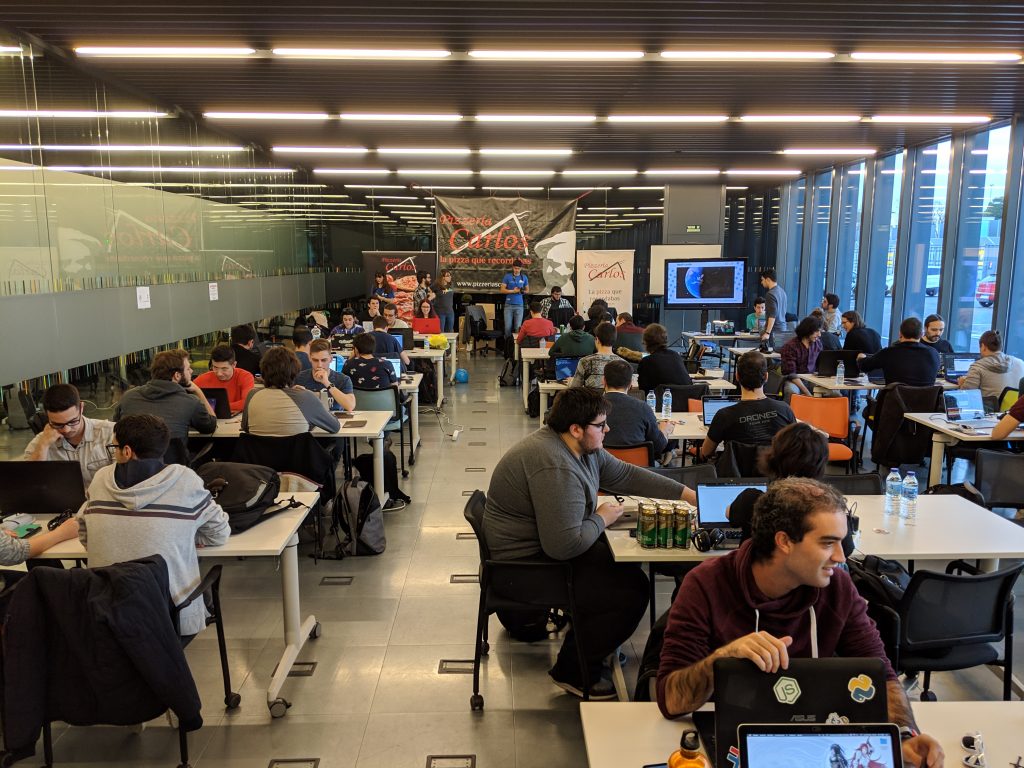 Teams at work at the T3chFest – La Nave (Spain) last February 28th, during the programming competition. Teams were composed of 2 to 4 members.

The IMDEA Networks team participated from the T3chFest – La Nave de Madrid hub as well as remotely from the USA. All teams were given the same optimization problem and four hours to implement a solution and upload it to an evaluation “Judge System”. 6671 teams from all over the world submitted their proposed solution. The closer the proposed solution was to the optimal one defined by Google, the higher the team scored.

IMDEA Networks’ PhD Student Joan Palacios, who was part of the “Baby sharks” team connecting from University of Austin Texas (USA) where he is currently undergoing an internship, ranked first in the hub T3chFest – La Nave (Spain). Roberto Calvo and Noelia Pérez, also PhD Students, together with Research Engineer Héctor Cordobés, ranked third. This was quite a feat for all of them as Google Hash Code contests are extremely competitive.