Visible Light Communication (VLC), sometimes also referred to as “Li-Fi”, uses standard off-the-shelf visible light LEDs to transmit data using the visible light spectrum. The idea is very simple: the light emitted by standard LED luminaries is modulated to transmit data at such high speed that the human eye cannot perceive light changes. In other terms, VLC is “like sending Morse code signal with a torch, but a much faster rate and using the alphabet that computers understand” (Prof. Haas, CNN news, Sept. 2012).

VLC is currently receiving significant attention from the researchers and designers of 5G networks and beyond. Because of the much greater bandwidth available in the visible light spectrum with respect to radio frequency spectrum, VLC can help address the looming spectrum crunch problem. The interplay of this factor with the high-energy efficiency of LEDs will also enable new pervasive wireless systems in the realms of the Internet of Things (IoT) and accelerate the growth rate of connected IoT devices.

A research team led by Dr. Domenico Giustiniano, Research Associate Professor at IMDEA Networks Institute is carrying out an important research project called Open VLC. Since VLC is a new technology, as of today there is no open-source reference platform for research in VLC networks.  The goal of the project is to overcome this strong limitation and design a solution that is low-cost, flexible and programmable for the research community. The availability of a general-purpose platform would add momentum to VLC research, open up new avenues of VLC research and spark the interest of researchers and engineers. It can be used as a starter kit for embedded VLC research, as well as an education kit for courses aimed at undergraduate students.

In order to accomplish these objectives, the initial step taken by the research team is to design and build the OpenVLC platform. In technical terms, the researchers create an open-source VLC platform for fast prototyping of new system protocols and build a Li-Fi network. The software-defined approach of the platform allows easily reconfiguring the system according to the application needs. The platform runs on a cost-effective yet powerful credit-card-sized embedded board.

OpenVLC is led by IMDEA Networks Institute, in partnership with SUPSI, University of Houston, TU Delft and IEIIT/CNR. Dr. Domenico Giustiniano has been leading the OpenVLC project since its conception. Dr. Qing Wang, who recently defended his PhD thesis under the supervision of Dr. Giustianiano, has been the key pre-doctoral researcher behind the project. Thanks to the results conducted in the OpenVLC project, Qing Wang was awarded the prestigious “2014 Chinese Government Award for Outstanding Self-Financed Students Abroad” (CSC). Only a mere 500 young Chinese talents receive the award every year.

Currently there is an open call to make available the first hardware prototypes to selected applicants with an exciting project idea. As a result of this open call, OpenVLC has already been used for research and teaching in more than ten top Universities and Institutes. Several distinguished Professors, Researchers and research groups are using OpenVLC in their research and lab courses. Additionally, the platform designed by the IMDEA research team received a very high level of attention in the recent demonstration sessions at ACM MobiCom’15 and IEEE/ACM IPSN 2016.

OpenVLC from a technical viewpoint

In order to fully shed light on the uniqueness of the platform, some technical details are introduced here. OpenVLC is composed of three parts: 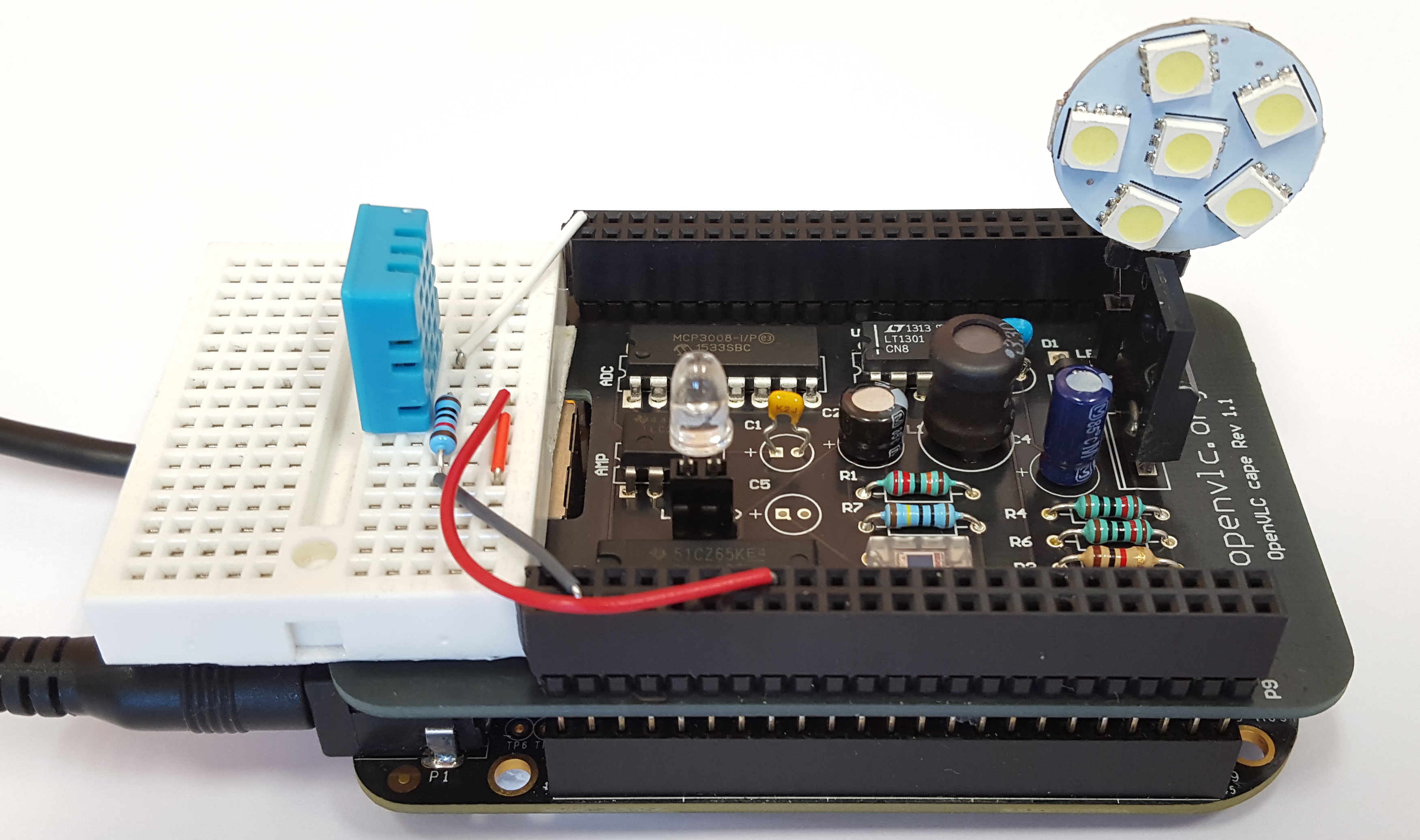 The OpenVLC1.1 hardware includes three optical components: a low-power LED, a high-power LED, and a photodiode. Several visible light communication channels can be enabled, such as the transmission from a high-power LED to a photodiode and the transmission from a low-power LED to another low-power LED, acting as receiver. The OpenVLC1.1 software is implemented as a Linux driver that can communicate directly with the OpenVLC 1.1 hardware and the Linux networking stack. In OpenVLC, the VLC interface is set up as a new communication interface that can take advantage of the vast range of Linux tools. The most recent driver can be downloaded from Github.