Dr. Joerg Widmer, a tenured Research Professor and the Research Strategy Manager at IMDEA Networks Institute, received earlier this month the Friedrich Wilhelm Bessel Research Award from the Alexander von Humboldt Foundation, at a ceremony held in Berlin and honored with the presence of the German Federal President, Joachim Gauck.

The prestigious Friedrich Wilhelm Bessel Research Award from the Alexander von Humboldt Foundation is given to internationally renowned academics who work outside of Germany in recognition of their outstanding accomplishments in research to date and their exceptional potential for the future. The Humboldt Foundation grants about twenty of these awards annually to international scholars in all academic fields.

Dr. Joerg Widmer has received various awards for his scientific work. As well as the Friedrich Wilhelm Bessel Research Award, which highlights his cutting-edge achievements in the field of wireless networking, in 2013 he was awarded an ERC Consolidator Grant for his work on the millimeter-wave band. Previously he received an Intra-European Marie Curie Fellowship for Career Development as well as a Ramon y Cajal grant from the Spanish Ministry of Economy and Competitiveness. Dr. Widmer leads the Wireless Networking Group at IMDEA Networks. 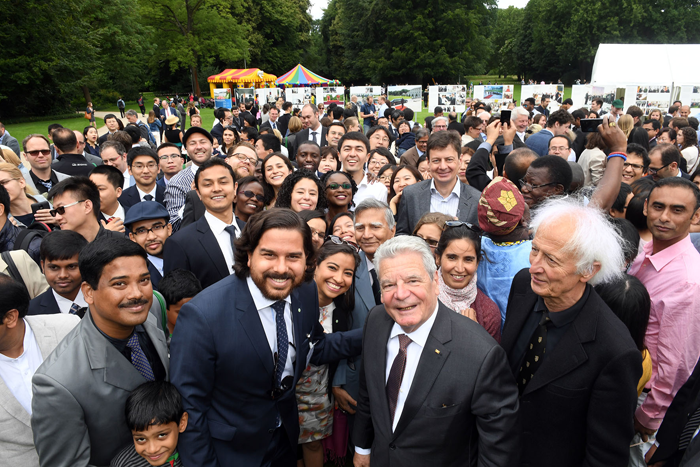 The conferment ceremony was part of the Annual Meeting of the Alexander von Humboldt Foundation that took place in Berlin last 6-8 July, 2016. Here are some attendees with Federal President Joachim Gauck (center figure). 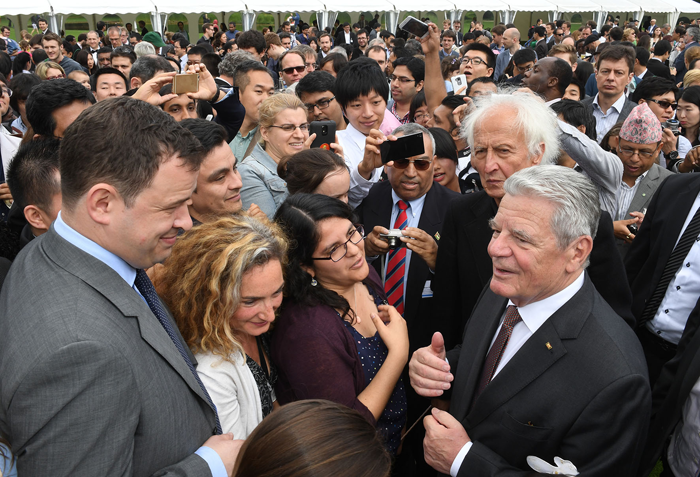 A moment of the reception given by Joachim Gauck at Schloss Bellevue, Park, Berlin.