Creating a “Science of the Internet”

The Network of Excellence EINS concludes its efforts after breaking new ground for the foundation of a “Science of the Internet” or, in more succinct words, “Internet Science”. To ensure that this legacy does not go to waste, the international research community must now take up the torch and pave the way for the first wave of the internet scientists of the future.

The EINS project has concluded by delivering a living interdisciplinary community in the form of a network of excellence for Internet Science. This community includes the 48 partners of the EINS consortium, of which IMDEA Networks has taken part, a large number of students and individuals who are engaging in Internet Science research and who have participated in the summer schools and open days, and scholars, industry and policy makers who have been involved in the various project workshops and in the first two editions of the International Conference in Internet Science (INSCI). IMDEA Networks’ participation in EINS was led by Sergey Gorinsky, Research Associate Professor at the Madrid-based research institute, and it dwelt on two of the project’s working areas: “Towards a Theory of Internet Science” and “Internet as a Critical Infrastructure: Security, Resilience and Dependability Aspects”.

The approach that EINS followed involved four types of activity. The first one focused on Internet Science theory, practice and evidence. Putting together an interdisciplinary area in a top-down fashion entails a number of challenges. Everyone knew that there was a need for this interdisciplinary area, that there was a community in place already and that a vehicle was needed to enable that community to collaborate better and to grow. But even when this community gets together, terminology, methodologies and practice need to be negotiated to support fruitful interdisciplinary collaboration. What became clear from the early stages of the project is that this negotiation is not one that can be completed in the period of the project but that EINS has to help put together the foundations and the mechanism for this negotiation to continue. The foundation of that negotiation was a theory of Internet science from different disciplinary viewpoints, an evidence base with resources on scholarly activity for Internet science research, and methodologies, tools and practice to engage in research and to build on it. The deliverables of those three streams of activity (including annotated bibliographies, research papers, and live repositories) provide the mechanisms for the continuation of the discourse on theory, practice and evidence for Internet science. 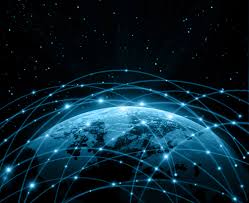 Beyond that, EINS established the potential of this interdisciplinary community with concrete proposals that are informing policy on key issues. In particular, there has been contribution on how we can ensure the longevity of the Internet and understand how it needs to be regulated so that it continues to offer the externalities that it does; in addition, how policy needs to be informed to protect citizen’s privacy in an environment of emergent technologies for communication and information processing such as cloud, Internet of Things, sensor networks, or social networks. Understanding social design and collective awareness in relation to Internet evolution has been explored; this informed work in exploring the challenges of the Internet as a critical infrastructure not only from the technological but also from the societal point of view. Finally, EINS has worked on the issue of sustainability not only of the Internet but also with the Internet. As a top-down interdisciplinary area, Internet science has the agenda of ensuring the longevity of the Internet in ways that will keep benefiting society and business.  The overwhelming volume of work in this area has identified the challenges to that end and ways in which they can be addressed.

However, to ensure that this work gains momentum, further outreach was required. The scholarly activity with over 400 publications, in addition to workshops and conferences, is contributing to the engagement with the global academic community. This was strengthened with the success of the researcher mobility program in EINS that supported 76 exchanges many of which involved research students. The summer school program, the workshops and activities on curriculum and the Internet science conference have provided a solid foundation to train the Internet scientists of the future on postgraduate level initially. Wider engagement with the industry and government is fostered by contributions to standardization and legislation. A detailed roadmap for planned or anticipated future developments has also been outlined. In addition, bridges with other related interdisciplinary areas were established such as Web Science and Network Science; roadmaps for sharing research infrastructures and collaboration on common challenges have been discussed in dedicated workshops (JRA3 workshop at ACM WebSci13) and publications (http://eprints.soton.ac.uk/376676/).

The Internet scientists of the future

The EINS project is concluding with a legacy and an active network of researchers that can be mobilized to address academic, policy or business challenges. Internet science is clearly on the map of interdisciplinary areas with a distinct agenda and potential. The resources of its various activities are all accessible on a live project portal and repositories.

The Internet science evidence base will continue to be enriched with datasets and tools; it will remain open not just to the project community but the wider scientific community and the public. Work on the evidence base will continue with funding from additional sources and it will be increasingly interoperable with Web Observatories of other interdisciplinary areas empowering the citizens, programmers and students with a registry of public or shared datasets and powerful APIs for visualizations on those datasets.

The Internet Science conference will also continue in the future, with the 3rd edition agreed to take place in Florence in May 2016. INSCI will keep bringing together and fostering discourse among three stakeholders: scholars (including students), policy-makers, and the public. This will build on the existing structure: reputable academic conference, forum for discussion on policy (so far fostered by a large number of keynotes and networking sessions) and open day.

The engagement with the public during open days and similar activities will continue in order to raise public awareness, promote literacy on issues of the Internet and inform policy and research discourse. Most importantly, it will support activities on Internet Science curricula for which further funding will be sought for collaborative postgraduate program building on the success of existing summer schools. A permanent workshop on Internet Science curricula is planned to take place in INSCI that could result in undergraduate curricula in the future.