The ICT world is moved by the demands of performance, economy and competition. The explosion of audiovisual content, mobile consumer and business devices, Big Data and the Internet of Things is straining the current networking architecture, which must respond to dynamic computing and storage needs coupled with an unprecedented level of performance complexity in terms of the range of applications, types of traffic and volumes of data).

A new software-defined network paradigm is permeating all ICT. The emerging architecture is shaking up the traditional network infrastructure. Even as hardware engineering continues to evolve, the need for a solution that meets the requirements of enterprises, carriers and end-users seems to fall away from a static conventional network – constrained by rigid protocols and ill-suited standards – towards one that is intelligent, programmable, centrally controlled, virtualized and cost-effective, in other words, to Software-Defined Networking or SDN. This technology abstracts the software and control from the hardware and it is robust enough to tackle the complexity of the network (particularly its control layers), offering almost limitless flexibility and scalability. It’s an ideal solution for the evolving needs of high-bandwidth computing and networking.

NetIDE will create a one-stop integrated solution for the development of SDN applications that covers all the development lifecycle: from design to programming and from deployment to testing and debugging. What is the expected result? A tool that enables the development of network control plane programs that are independent from programmable network apparatus vendors, as well as from the programming language used to develop the network programs. The management of the network is thus simplified, more intelligent and therefore less error prone and easier to govern. 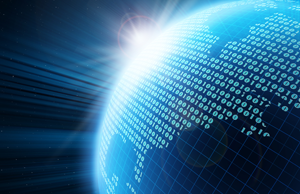 Hardware is subject to proprietary constraints, SDN doesn’t have to be. It is in fact founded on OpenFlow protocol standards. The Integrated Development Environment (IDE) for Software-Defined Networking proposed by NetIDE is vendor-neutral software that facilitates the development of portable network applications. To achieve a language that can interwork between different controllers and network devices the project also aims to define a common language able to cover different network programming styles: the NetIDE IRF (Intermediate Representation Format).