The unprecedented success and evolution of the network of networks as a social tool, which is posed at the intersection between humanistic and technological sciences, calls for a holistic approach to studying and developing the Internet. With this in mind, the European research Network of Excellence in Internet Science (EINS) attempts the formulation of an “Internet Science” that reaches beyond its information and communication technological core (ICT) to incorporate perspectives from social and life sciences.

Privacy and identity, reputation, virtual communities, security and resilience, and network neutrality are some of the topics tackled by this research initiative, in an attempt to understand the so-called “network effect” on human societies and organizations from an inter-disciplinary perspective. The success of the Internet can at least be partially explained by its network effect: the Internet becomes more useful to its users as its usage increases, creating value for all users in a positive feedback loop. The critical mass is now so great and human integration is such a key factor to well-being that Internet has come to have a definite weight in determining our quality of life and is indeed permeating our worldviews, altering conceptions about such a wide range of topics as artistic expression, gaming, friendship, law, trust or politics.

The unparalleled connectivity currently enjoyed thanks to the Internet is now so profoundly intertwined with social life that it seems impossible to conceive of human progress without it. Indeed, knowledge transfer is called for to explain a network system so complex that is not under the full control of its engineers, but rather evolves according to its own principles. Biological and physical insights, for example, could improve our foresight and understanding of where the Internet is heading.

Social networking, including technologies such as Twitter and Facebook that reach into our daily activities, is currently experiencing a climax in its evolution, making the topic more relevant than ever to the future of our global scientific, technological and social development. Internet scientists aim to help us understand the complex techno-social interactions awakened by the Internet and provide us with the theoretical and empirical foundation to inform future choices concerning it. The scientific community wants, in this manner, to build the future Internet with the technological, economic, social and environmental views of the various public and private stakeholders in mind.

EINS endeavours to engage experts from areas as diverse as network engineering, sociology, the arts and political science, currently studying Internet systems under any technological or humanistic perspective, in a productive dialogue. As the continued advancement of Internet functionalities and applications impacts other disciplines, the Internet is also transformed and enriched by the better understanding that is gained in this multidirectional learning process. Internet has many multidisciplinary stakeholders, and EINS stands as a joint bridging effort to enable them to influence the Internet’s evolution in a way that optimises the benefits to humankind across social and private life, economy, business, environment and politics. 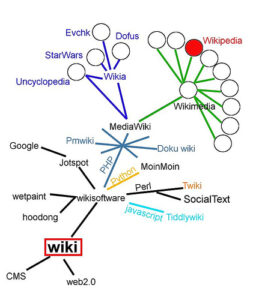 EINS encourages the use of applications such as this wiki to share ideas, opinions, and thoughts within the scientific community.

What Internet science is or, perhaps, what it should be, is the ultimate goal of the EINS research initiative. Is Internet science just a new name for research in computer networking and distributed systems? The intersection with which disciplines is likely to give Internet science its next significant breakthrough? In particular, can Internet science revolutionize online social networking? Which specific analytic techniques and experimental methods from the social and natural sciences can enrich the traditional apparatus of Internet technology scientists? What are the right metrics for the expanded problem space? What are the concrete ways for Internet technologists to contribute to the other engaged disciplines? With the specialization being a common path to success in science, why do we expect the holistic multi-disciplinary Internet science to succeed at all?

EINS, the Network of Excellence (NoE) in Internet Science is a collaborative research project in the ICT area, included in the 7th Framework Programme of the European Commission, under Communications Networks, Content and Technologies, Grant Agreement n° [288021], running from December 2011 to May 2015.

Sergey Gorinsky, Senior Researcher at Institute IMDEA Networks, is a member of this NoE.