“Internet has to perform somersaults to keep up with innovation”

Interview with Ralf Steinmetz, Chairman of the Board of Trustees of IMDEA Networks Institute and upcoming Visiting Professor.

Since 1996, Prof. Dr. Ralf Steinmetz has been a member of the Department of Electrical Engineering and Information Technology at the Technische Universität Darmstadt (Germany) as well as of the Department of Computer Science, where he is also Managing Director of the Multimedia Communications Laboratory (KOM). He is also Chairman of the Board of IMDEA Networks, and a member of its Scientific Council since 2007. In 2015 he will join the Institute as a Visiting Professor and will also occupy a Chair of Excellence at University Carlos III of Madrid.

On a personal level, I agree strongly with what Arturo Azcorra [Director of IMDEA Networks] has done in past European Union projects, and I honestly admire the determination and tenacity with which, over a period of less than a decade; he has established IMDEA Networks as one of the leading networking laboratories in Europe. I also feel an affinity with the Spanish culture and language, and I like to have strong ties with Madrid. My position as Chairman of the Board and Scientific Council member provides me this opportunity. In addition, my role as Visiting Professor shall grant me the privilege to perform hands-on research and experience the everyday workings of a place I have contributed to create. This is very meaningful to me.

On a professional level, I think it is an extraordinary achievement that the Institute has been created and operates complementing third-party funding with that from the regional government, at a time when the tendency has been to try to work with third-party funding only. Perhaps the key to long-term success is precisely that the Institute was created as a non-profit foundation that receives strong support from the regional government. This makes IMDEA Networks a very attractive initiative that appeared at precisely the right time and is now well positioned as a result.

IMDEA Networks is becoming one of the world leaders in networking research and the development of the Future Internet, helping both Madrid and Spain to play a role in the ensuing technological transfer and the economic and social development arising from this transfer. If we are able to remain highly attractive, from a scientific standpoint, in this key area of technological innovation, sooner or later we will be able to seize opportunities to help create companies powered by the “brains” that come to research in Madrid. We have already established strategic partnerships with key players such as Telefónica, ZED Worlwide, NEC Europe, Cisco Systems, Gowex Wireless, or Alcatel-Lucent. Thus, we are actively contributing to establish new services and applications within the region and beyond, as all of the above companies have an international outreach. But our aim goes further still, we wish to have an impact even on companies that are not directly related with the communications sector per se but apply communications to another sector, such as transport or logistics. They could put the advances into practice and, with this foundation and vision, use them to create something within a special area of application in the near to long-term future.

I believe it must be affiliated with a university in the long term, as it currently is with University Carlos III of Madrid. This is essential, given that many of the people we wish to attract are university students (there are currently 28 on the team), and this affiliation allows us to provide them with a great deal of support in terms of training, equipment and access to collaborative research.

Yet this endeavour needs more than just theory. There must be a transfer of knowledge, a creation of companies, a real-world impact. I find this idea of “real-world impact” very interesting. Another key factor are the renowned researchers that IMDEA Networks is able to attract, such as Nick Maxemchuk, Marco Ajmone Marsan or Joerg Widmer, who are research leaders at the Institute as well as within the international scientific community. These researchers tell the world where they are working and what they are doing, which in turn is bringing in a steady number of prestigious scientific researchers. This process of networking is something we reinforce as a key aspect of our strategy to establish enduring collaborative connections and relationships around the world. The visiting researcher program I am about to become a part of is the embodiment of this idea. 12 have preceded me since 2008.

There are two answers to that question. The first is that I am one of those people who like to explore and to create, and science allows me to do both things. The second is that, thanks to the career path I have followed so far in research, I am somewhat free to define what I want to do: head up an Institute, grow professionally one direction or another, etc. I have a great deal of freedom and I truly enjoy being in this type of creative environment.

OK, the pros and the cons: One aspect that is clearly on the pros side is what the students do after they complete their doctorates. If they are successful, if they have a good professional career, then I am truly satisfied. If they innovate, if they obtain professorships or secure prominent positions in industry, if their achievements influence a research area, then I am extremely happy.

Note that here I refer to both university students and to doctoral students. The important thing is the person: the people we educate, the people we teach, the people we help throughout the different stages of their careers as students, graduates, masters or diploma seekers, doctoral candidates or post-doctorate researchers. With respect to this latter category, I find it highly satisfying to collaborate in their creative processes whenever they need it throughout their careers.

Another positive aspect of my work is undoubtedly the freedom to create, as I mentioned earlier.

With respect to the less positive aspects, I would cite the type of bureaucracy we encounter – at least in German universities – in certain types of environment where some people, in my opinion, do not act on initiatives fast enough. I loathe this type of bureaucracy. 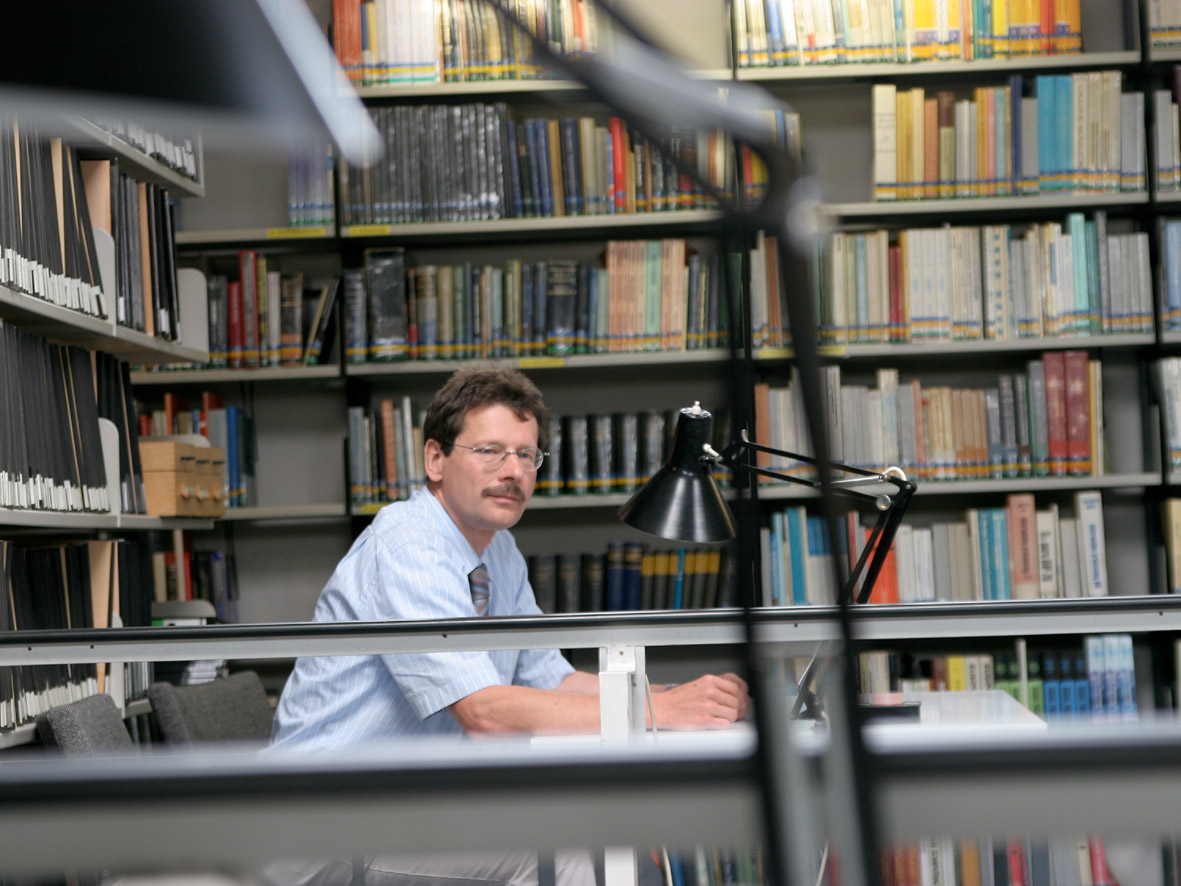 Firstly, perseverance to fight, to secure a specific objective, without giving up along the way. We should never give up. Secondly, it is naturally important to listen to what others have to say. Many researchers prefer to listen to themselves talk, but there is a lot to be said for listening, working with others, and working within contact networks. Thirdly, something I consider to be fundamental but which many scientists do not possess, at least in Europe, is the ability to sell yourself and your work when necessary. Many people still think, “All right, I will design a type of code or I will build something efficient, but I don’t have to go out and talk about it.” However, you do have to get the word out; you have to perform some type of “self” public relations, a way of placing your creation where it rightly belongs. This is very important in order to measure the success of a project.

Internet itself was designed in the 60s and 70s with certain intentions that at that particular time were well thought out. There were no mobility or security issues back then. However, the world of communications has progressed at the speed of light. Desktop computers gave way to laptops. There is no longer a single computer serving many people, or even a single computer serving a single person. We now have a multitude of computers for each person. With respect to quality of service: if we want to communicate something, we want to do it with a certain degree of quality. This is vital. Consequently, security and durability have become key issues. The web community has also changed, given that the service is no longer provided by a central station, but by virtually anyone. An example of this is seen in Google Maps.

Although the Internet environment has changed significantly since its creation, Internet itself retains its fundamental aspects, albeit with a multitude of “add-ons.” Internet plus one “add-on” is doable, even if it is a challenge. If you add two add-ons, the system becomes delicate, but you can still handle it. When you have three or even more add-ons, Internet has to perform somersaults to keep up. Internet functions this way, but not how it should. There should be a radical change at some point. I think this might take the form of a new network, a different network. How would such a network be structured to respond to our expectations? To start with, it would be simpler. Undoubtedly, the switchover would be complex.

I would have included as inherent properties quality and security. In addition, it should have been conceived and built in a way that it allows for the continuous adaptation of new mechanisms.