Setchain, the application that multiplies by a thousand the number of transactions per minute in any blockchain

Institute IMDEA Networks, a research institute in the area of computer networking backed by the Madrid Regional Government, has announced that Dr. Jun Li joined the Institute in February 2011 in the role of Visiting Researcher, bringing to the research team extensive experience in Network Security and Networking Architecture and Protocols. Dr. Li has simultaneously been appointed to the role of Cátedra de Excelencia at the University Carlos III of Madrid.

Dr. Li’s current research is mainly focused on network security, studying direct countermeasures against threats such as worms and phishing, as well as security technologies that can be built into the Internet at the architectural and protocol levels, such as traffic hijacking detection, source address validity enforcement and Internet routing forensics. His recent research interests include an “Internet seismograph”, or “I-seismograph”, analizing Border Gateway Protocol (BGP) to deliver real-time measurements of the Internet impact of disruptive events such as large-scale power outages, undersea cable cuts, or security incidents. He is also interested in Internet architecture and protocols generally, and in distributed systems. As well as pursuing his own interests, Dr. Li will be involved in the mentoring of young researchers.

Dr. Li is an Associate Professor in the Department of Computer and Information Science at the University of Oregon, and directs the university’s Network Security Research Laboratory, associations which will mean new collaboration opportunities for Institute IMDEA Networks. He received his Ph.D. in computer science from the University of California, Los Angeles, in 2002, with honors (Outstanding Doctor of Philosophy).

Dr. Li has authored more than thirty peer-reviewed publications, including thirteen journal articles and a book as first author, Disseminating Security Updates at Internet Scale (Kluwer Academic Publishers). He has served on several National Science Foundation (NSF) panels and more than fifty technical program committees, and is a senior member of the Association for Computing Machinery (ACM). Dr. Li is a recipient of the NSF’s prestigious CAREER award. 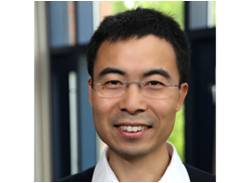 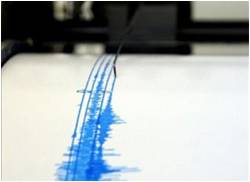 Dr. Li has recently conducted research into an “Internet seismograph.”