By 2020, 5G technology will mark a revolution in telecommunications, boosting the development of robotics and the Internet of Things with its faster speeds. Ever-greater numbers of devices will be able to connect and capacity improved with data processing being done while the data is being transported.

In a very short timeframe, mankind has seen massive change in telecommunications with the development of cellular networks. In a matter of just a few years, generations of technologies have delivered endless benefits for users. Now, the world is on the threshold of a new change: 5G technology.

“The leap from 4G to 5G technology is much greater than the previous changes. Until now, change has fundamentally consisted of a better radio interface that allowed a greater flow of communications and provided each connected device with better access to the internet”, Arturo Azcorra, professor at the Department of Telematics Engineering at the Carlos III University of Madrid and director of IMDEA Networks, told Sputnik. 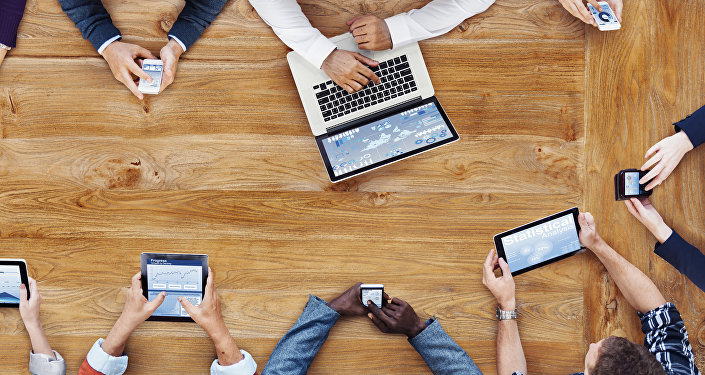 However, this new change implies “control of the network, convergence with computing and a new radio interface system”. One of the main changes will be a drastic reduction in latency, “the delay in sending a data element”, in other words, its delay in arriving from one end of the network to the other.

“This is important in real-time applications, like the control of robots or emergency vehicle applications. Braking signals are tiny, using very few bytes but the important thing is that they arrive quickly, so that a vehicle is alerted to a danger and that it stops quickly,” said Azcorra.

The connection in 5G networks also takes on special importance in Industry 4.0, in which the different elements of the supply chain have access to the network: not only industrial robots, but also suppliers of components and transport logistics, “so that everything will be monitored automatically”.

“When we have a car factory constantly receiving parts and sending components and producing vehicles, it will have the capacity to know where each piece is at each moment; to automatically order them with the necessary specifications; to receive them and, internally within the factory, to deliver all the components to the correct point in the assembly line”, explained the expert. 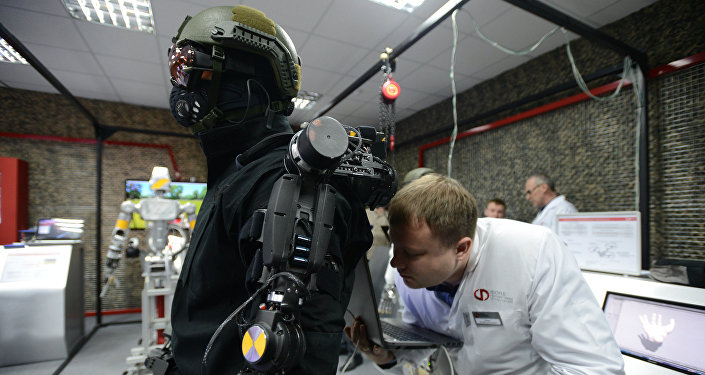 How to prevent the rebellion of robots?  (link to content in Spanish)| © Sputnik / Serguey Mamontov

Machines will be better able to manage production processes in which they form a part and to detect errors. They could, for example, download software that allows them to operate more efficiently. For this to happen, the capacity of connected devices will need to be much greater: 5G will have 1,000 times greater capacity than 4G (10 billion terminals).

5G networks will also improve the flow of communication in terms of the volume of data sent per unit of time, “although it is not the most important feature.” However, this development will allow ultra high definition (4K) videos to be sent and will also meet the needs of other applications that need a greater capacity than 4G technology provides, which is already quite broad.

But in the opinion of Azcorra, the most tangible benefit will be scope for  “the personalization of communications” offered by 5G. Previous technologies have offered a similar service to all users regardless of whether they were small or top-end clients. But the new technology introduces options that can be combined to give personalized solutions for large groups.

This is made possible by the data processing capacity of the network, that delivers deployment times 1,000 times faster, meaning that what takes 90 days at present will be done in just 90 minutes.

As an example, he presented 5G Transformer, a medical emergency application his laboratory is developing based on the new network technology. The advances “lead to a reduction in emergency response times and save more lives” when compared with what happens today when the emergency call number is called.

“When we make that call the operator calls the ambulances and the hospital as well as launching a sequence of measures in response to that emergency. Valuable seconds are lost making those calls and launching a response carried out by humans,” said the specialist.

“What we are doing is automating everything in 5G so that the response time is much shorter by integrating the computing capabilities of the cellular network,” he added.

Can the robots take away the work?

A person with a pre-existing medical condition such as diabetes, allergy or heart disease who carries a 5G device that monitors their health, can automatically send an alarm to the emergency call number without any need for intervention. This process produces a gain of between a minute and a minute and a half, time that is “important in human survival rates”.

But to see these results in the commercial sector, we will have to wait until 2020. It is possible that pre-commercial tests will be run at the Pyeongchang Winter Olympics in 2018 and Tokyo 2020 or even that “a limited subset of 5G physical wireless access tests” may be launched in 2019.

Meanwhile, there are several countries in the race for leadership in this technology. Europe, Korea, China and the US are looking to be the first to reach the goal. It remains to be seen which finally prevails.