FLAVIA (FLexible Architecture for Virtualizable future wireless Internet Access) is the name of a European project aiming to revolution the market of wireless devices.

Today’s wireless communication devices work according to different standards, use different frequencies, and achieve different network speeds. The negative aspect of such a wide offer is that today’s wireless devices require different pieces of hardware, and any protocol change requires the design of new hardware. In other words, today’s wireless networks are unable to rapidly adapt to evolving contexts and service needs dictated by the market, due to rigid technological architectural design. In this contest, FLAVIA fosters a paradigm shift towards the Future Wireless Internet: from pre-designed wireless services to programmable protocols.

We should reflect on the fact that, notwithstanding the huge number of research centers and companies working on wireless, the advance towards broadband wireless Internet connectivity has been quite slow in the last decades. For example, the diffusion of WiFi and 3G networks has taken several years, and every time a new protocol is standardized it takes a few years before it reaches a critical mass of customers.

The same might happen again for new emerging radio technologies such as HSPA+, WiMAX, and LTE. The problem is that each technology has been designed and standardized in isolation, that is, without considering a common unifying architecture. Therefore, design, testing and standardization take very long, let alone the deployment, which requires new infrastructures and huge capital expenditures. In this scenario, researchers and developers have very limited possibilities to freely test new protocol variants and propose new technologies supported by experimental tests. In fact, available devices offer a limited number of features, i.e., only features explicitly required for the technology for which the device has been designed and built.

Almost two years ago, the European Commission decided to finance the FLAVIA project with about 4 million Euros to change the above-mentioned scenario, and allow for more flexibility in the utilization and development of future wireless devices. Indeed, FLAVIA has formed a large consortium of researchers and developers to achieve this goal. There are currently 11 participants: CNIT (a consortium of Italian Universities), Alvarion Ltd. (Israel), NEC Europe Ltd. (UK, with labs in Germany), Telefonica Investigacion y Desarollo (Barcelona, Spain), Mobimesh (Italy), Ben Gurion University of the Negev (Israel), Institute for Information Transmission Problems of the Russian Academy of Science (Russia), Fundación IMDEA Networks (Madrid, Spain), Hamilton Institute of the National University of Ireland Maynooth (Ireland), Sequans Communications S.A. (France, with labs in Spain and Israel), and AGH University of Science and Technology (Poland). Therefore, 9 countries are represented in the project: France, Germany, Ireland, Israel, Italy, Russia, Poland, Spain, and U.K. The European research community, as well as the community of network operators and manufactures is well represented in the project. As such, FLAVIA is a great opportunity for reinforcing the link between academy and industry in Europe, with a strong impact on the market.

FLAVIA’s participants have worked so far at the design of new driver and firmware tools to unify the architecture of future wireless devices, focusing on WiFi, WiMAX and LTE technologies in particular. These tools, such as the wireless processor, work on top of manufacturer’s hardware, since the project goal is not to redesign the hardware, but rather to enable the utilization of existing and future hardware for operations not planned by the manufacturer. FLAVIA’s tools have been designed and partially tested over prototype devices, using a mix of off-the-shelf wireless cards and newly designed software coded by the project partners. Project activities move along the three directions depicted in FIGURE 1: (i) system development for existing devices, (ii) research for defining new mechanisms and protocols to improve existing devices, and (iii) exploration of different technologies, to find the requirements of multiple different technologies.

Following these directions, FLAVIA intends to produce a new paradigm to allow for the fast deployment of new protocols without waiting for the manufacturer to prototype new hardware to support the new protocols. Indeed, the adoption of the FLAVIA paradigm would pave the way for the deployment of novel and adjustable wireless protocols, bringing great benefit to researchers, developers and operators, because it would allow for fast and easy tests, validation, implementation and deployment of innovative wireless solutions. 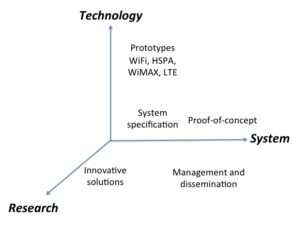 So far, the project has produced at least two important results: the definition of a general-purpose architecture to make modular the operations of wireless protocols, and the specification of a wireless processor, which is a programmable tool to use the wireless hardware to compose existing and new protocols. An example of modular architecture, exemplified for the specific case of LTE/WiMAX devices, is shown in FIGURE 2. The figure includes blocks composing the Physical (PHY) and Medium Access Control (MAC) mechanisms that are included in LTE and WiMAX protocols. Possible extension blocks are depicted on the rightmost part of the figure, representing the possibility to augment and change the standard LTE or WiMAX protocols with no need for changing the device hardware. Note that FLAVIA aims at neither unifying all standards into one, nor restricting the number of market alternatives to wireless communication approaches. On the contrary, FLAVIA aims at unifying the device architecture to allow better and faster differentiation of the offer reaching the market. 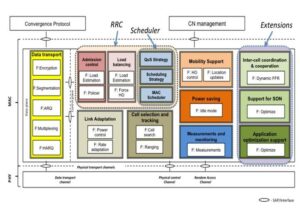 FIGURE 2: An example of modular architecture for LTE and WiMAX devices.

FLAVIA is currently progressing with the design of the wireless architecture and its interfaces, targeting the prototyping of programmable wireless protocols over commercial hardware platforms in one year from now. Achieving such result would open the door to faster optimization of the devices, shorter time-to-market for novel proposals, higher possibilities for research ideas to become true. There would be benefit for many categories, including “operators, manufacturers, network designers, emerging third-party solution developers, and even spontaneous end users, who will be able to easily and rapidly optimize and upgrade the wireless network operation, quickly prototype and test their new protocols, and adapt the wireless access operation to emerging scenarios or service needs”. (www.ict-flavia.eu) 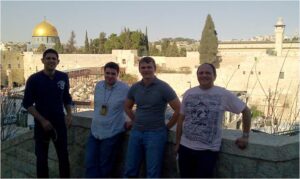