Research Engineer position in wireless systems for 5G and beyond 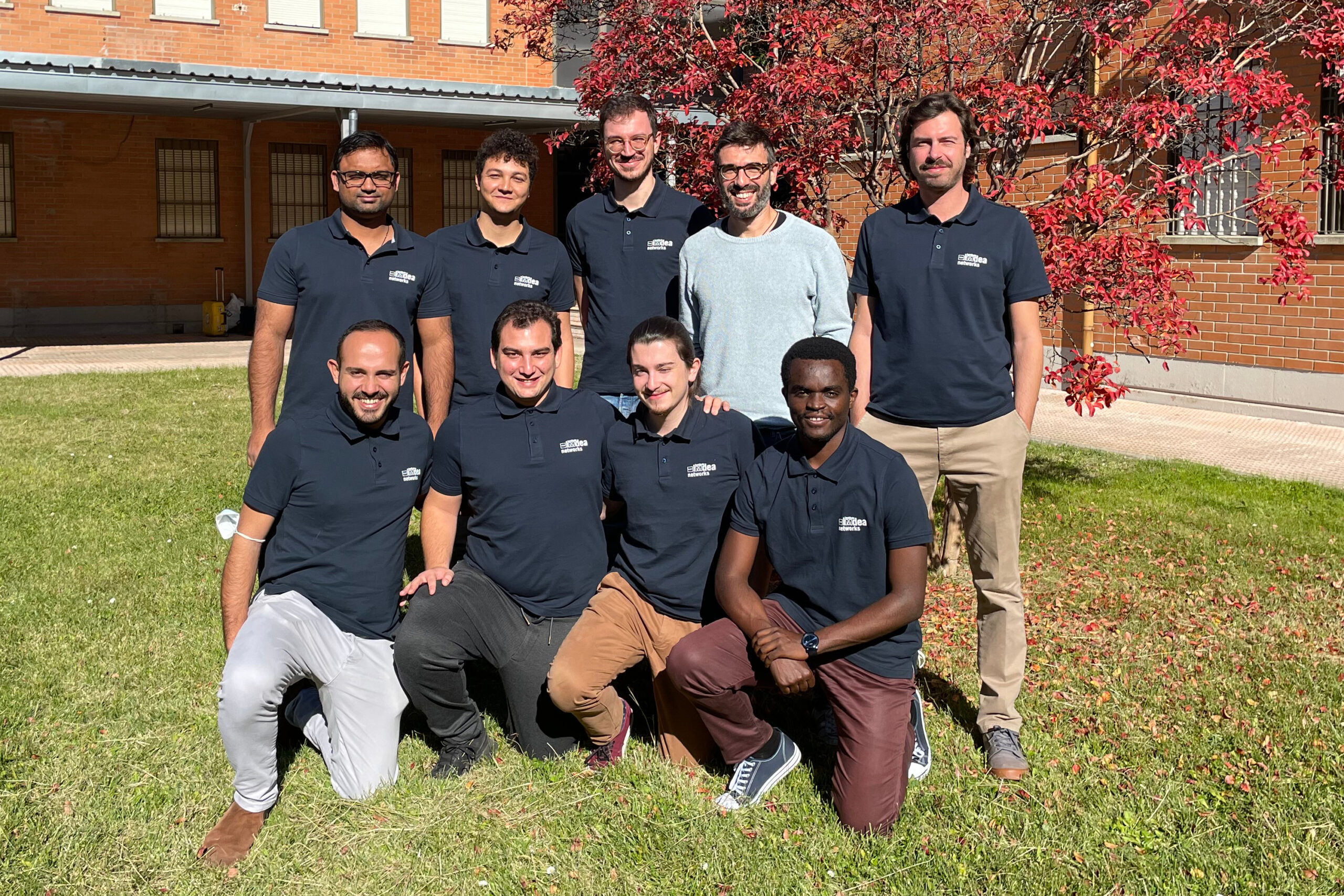 The Networks Data Science (NDS) group at IMDEA Networks Institute, led by Dr. Marco Fiore, carries out research at the interface of mobile networking and data science, by applying and tailoring tools from artificial intelligence, machine learning, statistical analysis and data mining to the metadata that flows through modern mobile network architectures. We address research problems on the characterization, modeling and forecasting of the complex dynamics of mobile data traffic, and use the derived insights to improve the design and operation of mobile network architectures. We also leverage the rich information available in mobile network metadata to solve challenging problems in social sciences with a computational, data-driven approach. Our research generally builds on large-scale measurement data collected in the operational systems of major mobile network providers, and is carried out in cooperation with leading academic and industrial partners.

★ Dec 2021 – Two papers accepted at IEEE INFOCOM 2022. Congratulations to Alan, André, Orlando and Sachit for the first publications of their PhD. The works explore meta-learning models for Intent-Based Networking and the impact of COVID-19 on mobile service usage. Preprints will be out soon.

★ Dec 2021 – New paper presented at ACM CoNEXT. In order to remove the current access barrier to spatiotemporal mobile traffic data for research purposes, we propose SpectraGAN, a deep learning model capable of generating realistic mobile traffic demands for target urban areas from publicly available local information such as demographics or land use. SpectraGAN is the result of a joint effort with the University of Edinburgh, Orange and Samsung. A video presentation of the tool as well as several open datasets generated with SpectraGAN are available.

★ Nov 2021 – We have openings for two new PhD students in the group. The positions are in the area of experimental Artificial Intelligence for the support of next-generation mobile network functionalities, are offered within the context of collaborations with industry and international research projects, and are fully funded. Find more information on the positions and application instructions in the Jobs section below.

The current interest to the group include the following research areas.

Mobile traffic analysis and generation
We study how mobile services are consumed at large (metropolitan and national) scales, by exploring measurement data recorded in production networks. We aim at unveiling the specific dynamics of traffic demands generated by a variety of apps in space and time, including the complex commonalities and diversities in the way mobile services are used in different times or geographical areas, or the way mobile traffic consumption is affected by special events or circumstances such as the COVID-19 pandemic. We also develop models for the generation of synthetic datasets of spatiotemporal mobile network traffic that can support data-driven research. 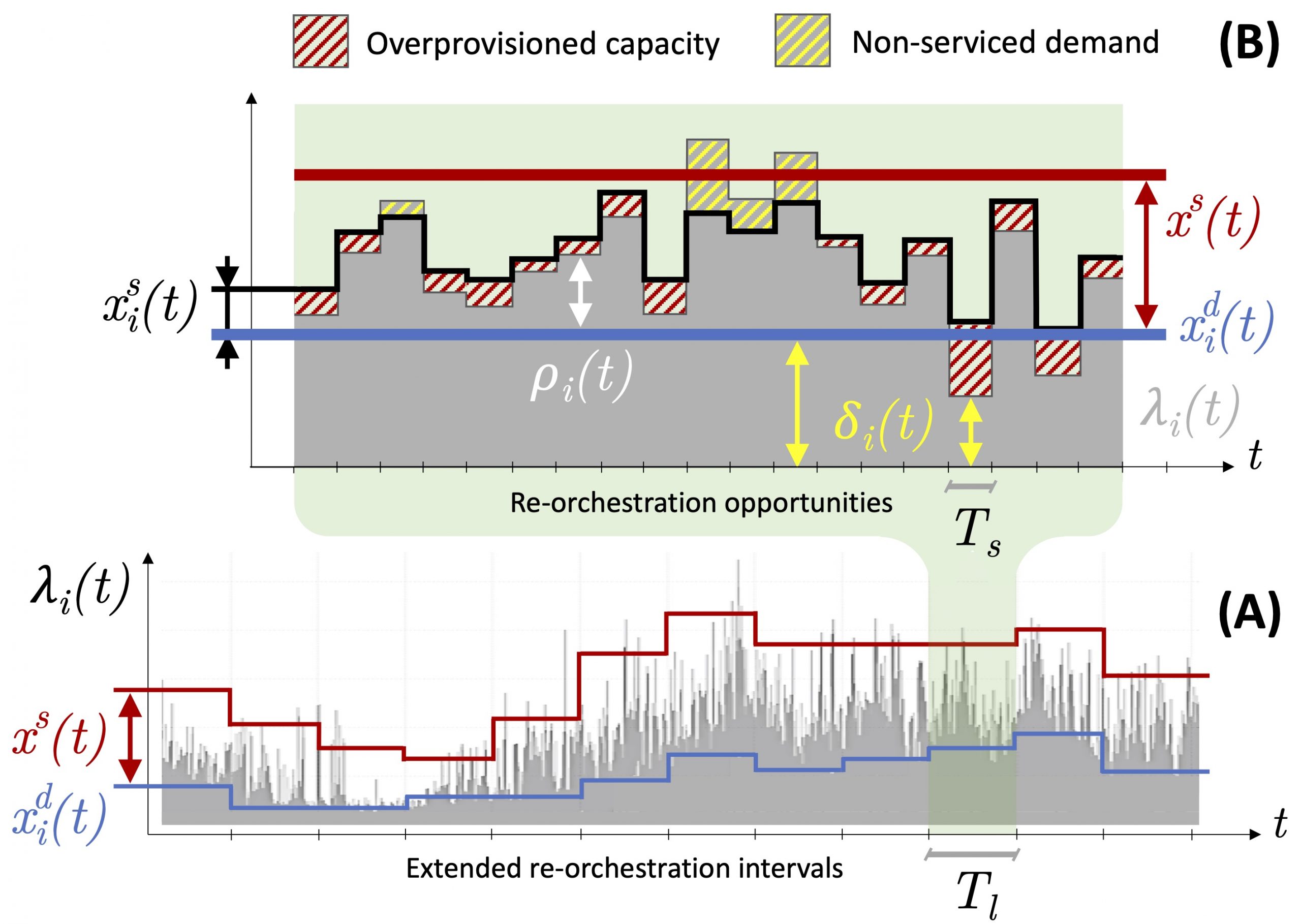 Network intelligence
We design data-driven algorithms for the effective, anticipatory and automated orchestration of network resources. To this end, we apply artificial intelligence, machine learning, statistical methods and optimization tools to traffic data collected in large-scale operational mobile networks. We perform assessments of the limits of current and future technologies, such as resource utilization efficiency in network slicing, when confronted with real-world traffic loads. We also develop original solutions for network management hinging on deep learning models, such as predictors of the capacity to be allocated to network slices to minimize operation costs, or lightweight approaches to service classification from traffic aggregates. Our network intelligence solutions are based on custom model designs that contribute to advancing the sate of the art in machine learning for practical engineering tasks. 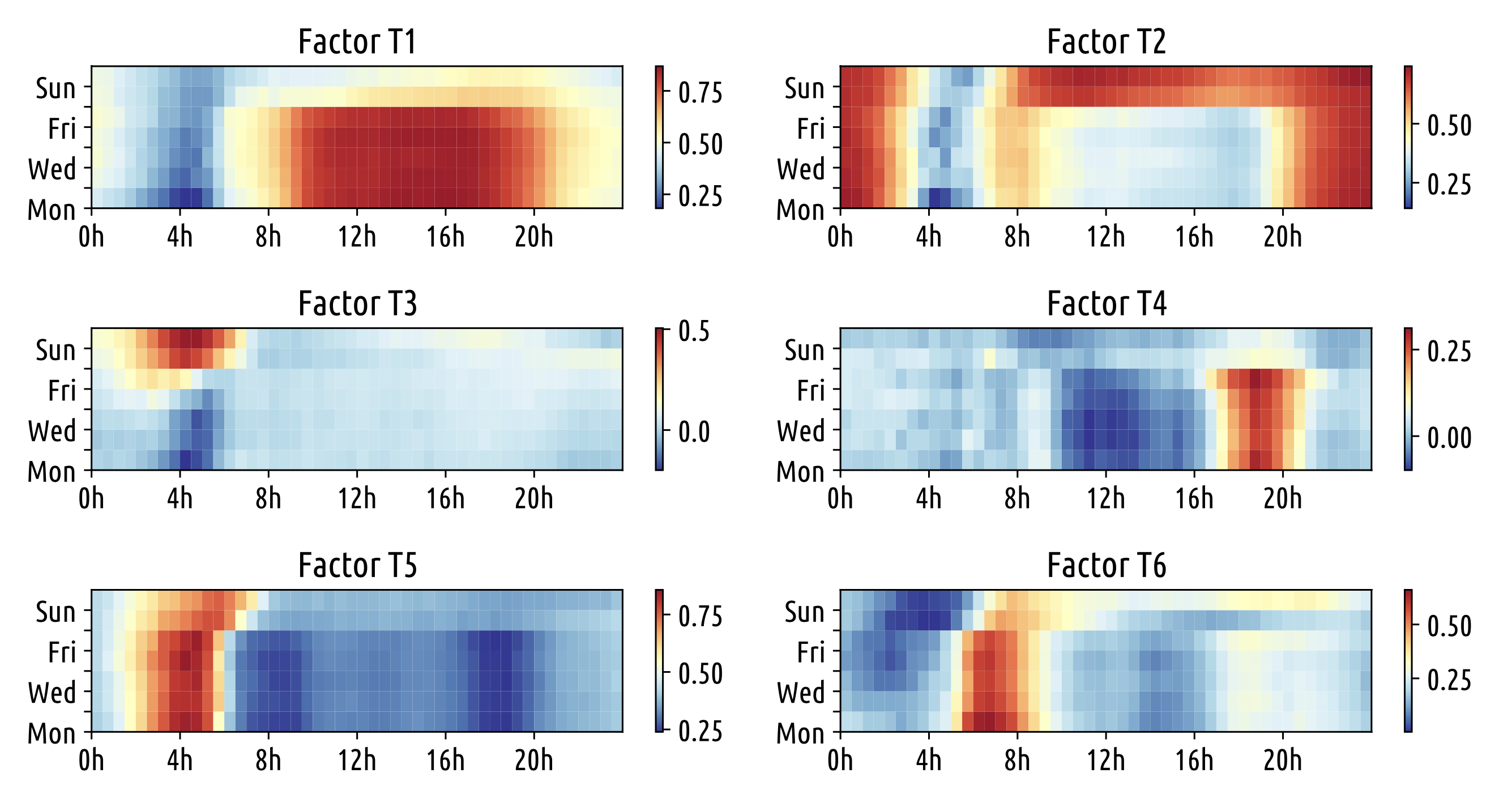 Remote sensing with mobile network metadata
We take advantage of the rich information embedded in data generated within mobile network architectures to solve problems in social sciences. The nearly ubiquitous coverage and high level of detail of individual and aggregate metadata available to operators allow developing data-driven models that largely improve the current state-of-the-art in disciplines like geography, demographics or economics. As representative examples, we employ mobile network metadata to produce cartographies of mixed land use in urban areas, estimate the dynamics of population density in cities at order-of-minute granularity, or predict the socioeconomic status of urban neighborhoods.

We are an international team that is young and rapidly growing. Meet us below. 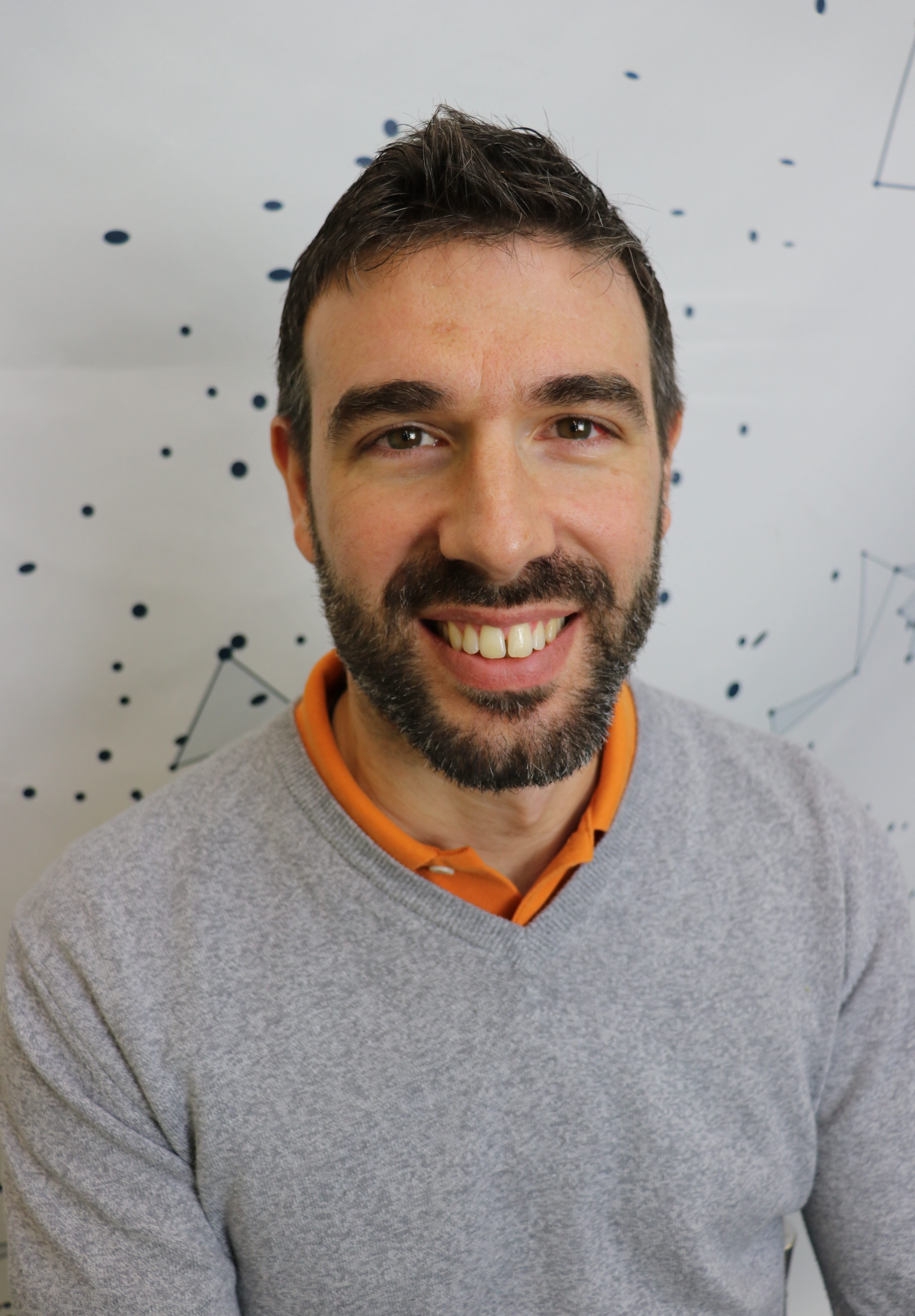 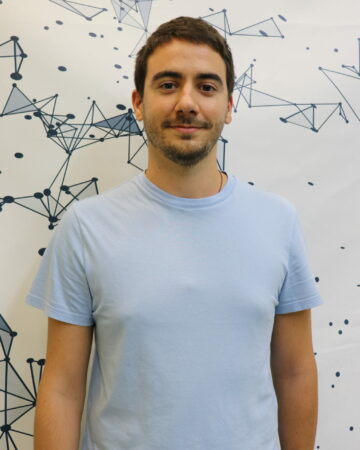 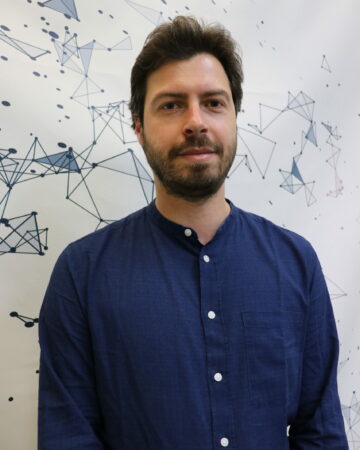 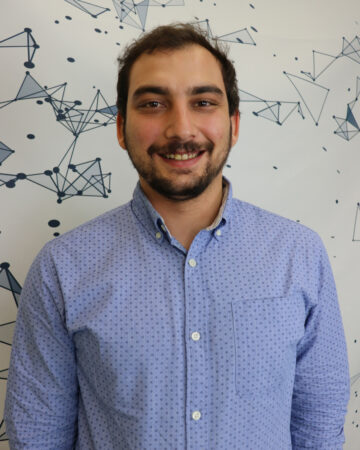 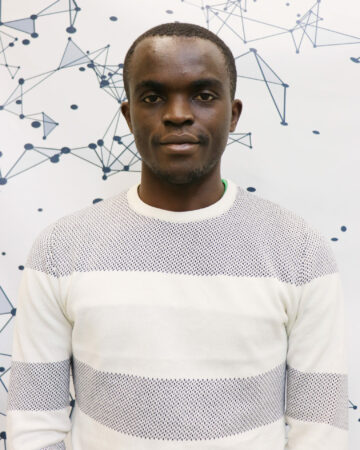 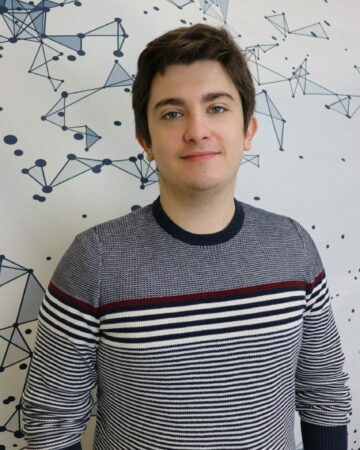 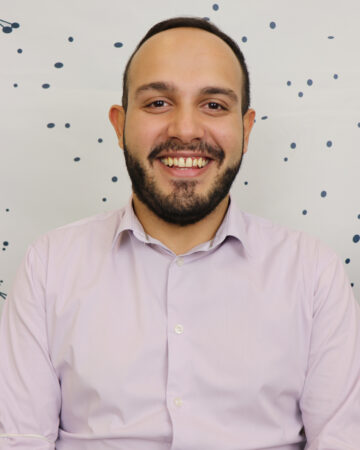 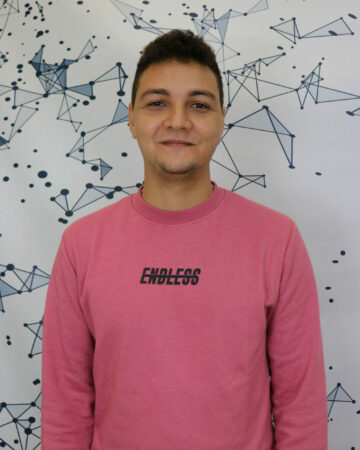 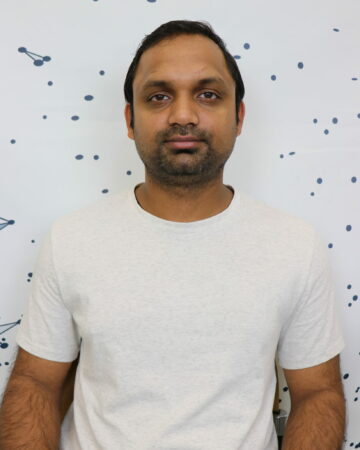 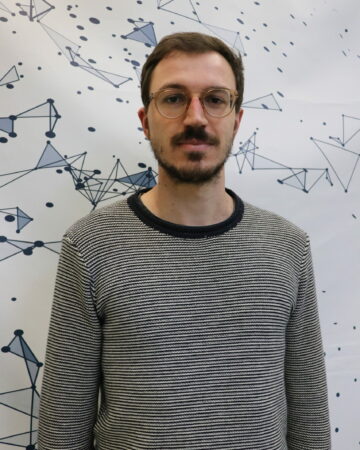 Our activities are partially funded by the following research projects.

The NDS group supports the research community by developing open-access tools and datasets.

Madrid highway road traffic datasets
Several traces of weekly road traffic on three highways close to Madrid, Spain, generated using a dedicated microsimulator, which is also available at the webpage above. These are quite rare datasets of realistic traffic in freeways that mimic car in- and out-flows observed via in-situ measurements. The work was carried out in collaboration with Marco Gramaglia, Oscar Trullols-Cruces, and Maria Calderon.

Bologna Ringway road traffic dataset
A one-hour trace of road traffic in the center of Bologna, in Italy, generated using the SUMO microsimulator. The simulation is based on origin-destination matrices developed by the iTetris and Colombo projects funded by the European Commission. The work was carried out in collaboration with Luca Bedogni, Marco Gramaglia, Andrea Vesco, Jerome Haerri, and Francesco Ferrero.

Köln road traffic dataset
A complete vehicular mobility trace of the city of Cologne, Germany, generated through OpenStreetMap, SUMO and the TAPASCologne traffic demand dataset. The dataset covers 24 hours of road traffic during a typical working day, with over 700,000 individual car trips reproduced. The work was carried out jointly with Sandesh Uppoor.

We are always looking for motivated undergraduate, graduate, doctoral and postdoctoral students willing to visit and work with us.

★ Applications for internships and master theses are welcome on a continuous basis.

★ Doctors in topics related to our research activities and with a strong publication record are invited to join us on postdoctoral positions funded by the European Commission via Marie Skłodowska-Curie Actions.

★ Funded openings for PhD and postdoctoral fellowships in the group are listed below if available: please consider applying if you have a degree in Computer Science or related field, strong programming skills, and enthusiasm for interdisciplinary research.