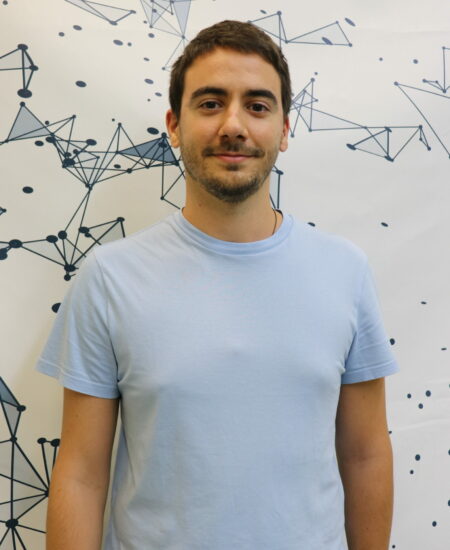 I am a postdoctoral researcher at IMDEA Networks Institute, Madrid, Spain, where I joined the Opportunistic Architectures Lab and the Networks Data Science research groups in September 2021. My research is focused on embedding intelligence in the network and studying explainable and energy-efficient ML/AI solutions tailored for communications. My research interests include distributed systems, information theory, Artificial Intelligence, and probability theory.

I received my B.Sc. and M.Sc. in Telecommunications Engineering from University of Zaragoza, Spain, in 2014 and 2016, respectively, and I obtained a Ph.D. degree in Telecommunications from Sorbonne Université in 2019. From 2016 to 2019, I was a predoctoral researcher at Mitsubishi Electric R&D Centre Europe (Rennes, France). Before joining IMDEA, I was a postdoctoral researcher at EURECOM (Sophia-Antipolis, France) where I contributed to the ERC-funded project DUALITY on coded caching and distributed computing.

I have been a Visiting Scholar with the Center for Pervasive Communications and Computing (CPCC) at University of California – Irvine, and I have served as Financial Chair in the organization of the 2021 ITG Workshop on Smart Antennas. I have participated in several European and national projects and received the Master Thesis’ Award in High-Speed Broadband Mobile Communications by the College of Telecommunications Engineers of Spain in 2017.