Who are good parents? 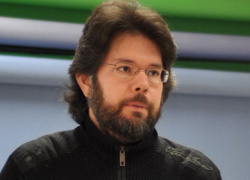 Nowadays it is possible to watch some TV channels in the Internet using P2P mechanisms. There are basically two ways to construct a P2P network to transmit streaming video: mesh-based and tree-based (there is also a mix of both called hybrid-based). No matter how we construct the overlay, a fundamental problem is: what is the best peer to connect with, in order to obtain the best performance? This question is even more important in the tree-based P2P networks where there is just one connection between a “parent” peer and each one of its children, so, the leaving of a parent forces all its children to reconnect to other parents. Our goal in this study is to minimize the number of orphan peers per minute, i.e. select a parent who minimizes the probability of leaving before a given peer. In order to do that, it is necessary to have other results like the distribution of the channel holding time per peer, the future lifetime of a peer given its elapsed time in a given channel and other stuff that will be described during the presentation.