Where are my followers? Understanding the Locality Effect in Twitter 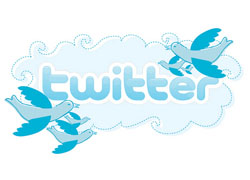 Twitter is one of the most used applications in the current Internet with more than 200M accounts created so far. As other large-scale systems Twitter can obtain benefit by exploiting the Locality effect existing among its users. In this paper we perform the first comprehensive study of the Locality effect of Twitter. For this purpose we have collected the geographical location of around 1M Twitter users and 16M of their followers. Our results demonstrate that language and cultural characteristics determine the level of Locality expected for different countries. Those countries with a different language than English such as Brazil typically show a high intra-country Locality whereas those others where English is official or co-official language suffer from an external Locality effect. This is, their users have a larger number of followers in US than within their same country. This is produced by two reasons: first, US is the dominant country in Twitter counting with around half of the users, and second, these countries share a common language and cultural characteristics with US.