VoIPiggy: Implementation and evaluation of a mechanism to boost voice capacity in 802.11 WLANs 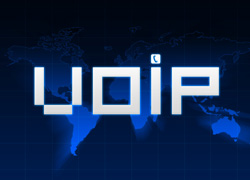 Supporting voice traffic in existing WLANs results extremely inefficient, given the large overheads of the protocol operation and the need to prioritize this traffic over, e.g., bulky transfers. In this paper we propose a simple scheme to improve the efficiency of WLANs when voice traffic is present. The mechanism is based on piggybacking voice frames over the acknowledgments, which reduces both frame overheads and time spent in contentions. We evaluate its performance in a large-scale testbed consisting on 33 commercial off-the-shelf devices. The experimental results show dramatic performance improvements in both voice-only and mixed voice-and-data scenarios.

Who is Pablo Salvador?

Pablo Salvador received his M.Sc. degree in Telecommunications Engineering from the University Carlos III of Madrid (UC3M) in 2010. During his degree, he collaborated in the Spanish project POSEIDON: Optimal Service Supplying to Moving Vehicular Networks (TSI2006-12507-C03), working on the design and development of a trial mobility network scenario and in its presentation demo. Later on, during his internship at NEC Laboratories Europe, in Heidelberg (Germany), he collaborated in the European project INTERSAFE-2: Cooperative Intersection Safety, by implementing the application-level messages (CAM, DENM, Signal Phase State and Intersection State) to improve safety and traffic efficiency in intersections.

You can find more information about Pablo Salvador and his publications at: