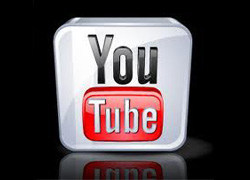 Since its inception in 2005, YouTube has seen explosive growth in its popularity; today it is indisputably the world’s largest video sharing site. Given the number of viewers and the accompanying traffic volume, its geographical span and scale of operations, the design of YouTube’s content delivery infrastructure is a highly challenging engineering task. In this talk, I will present our recent studies on “reverse-engineering” the YouTube video delivery system through passive and active measurements. The rationale behind our studies are multi-fold: on the one hand we believe that Google’s YouTube video delivery cloud offers an example of the “best practices” in the design of an Internet-scale content delivery infrastructure. On the other hand, the design of YouTube video delivery cloud also poses some interesting and important questions regarding alternative architectural designs such as cache placement, content replication and load balancing strategies. In addition, because of the significant volume of traffic that YouTube generates, this reverse-engineering work also helps Internet service providers to understand how YouTube traffic might impact their traffic patterns.

In the first part of the talk, I will present an in-depth passive measurement study of traffic exchanged between YouTube data centers and its users, as seen from the perspective of a tier-1 ISP in Spring 2008 after YouTube was acquired by Google but before Google did any major restructuring of YouTube. Using flow-level data collected at multiple PoPs of the ISP, we first infer where the YouTube data centers are located and where they are connected to the ISP. We then deduce the load balancing strategy used by YouTube to service user requests, and investigate how load balancing strategies and routing policies affect the traffic dynamics across YouTube and the tier-1 ISP.

If time permits, we will also briefly talk about our recent work on reverse-engineering Netflix video delivery system.

Who is Zhi-Li Zhang?

Zhi-Li Zhang received the B.S. degree in computer science from Nanjing University, China, in 1986 and his M.S. and Ph.D. degrees in computer science from the University of Massachusetts, in 1996. In 1997 he joined the Computer Science and Engineering faculty at the University of Minnesota, where he is currently the Qwest Chair Professor in Telecommunications. Prof. Zhang’s research interests lie broadly in computer communication and networks, Internet technology, multimedia and emerging applications. His past research was centered on the analysis, design and development of scalable Internet QoS solutions to support performance-demanding multimedia applications. His current research thrusts focus primarily on i) building highly scalable, resilient and secure Internet infrastructure and mechanisms to enhance Internet service availability, reliability and security; and on ii) developing next-generation, service-oriented, manageable Internet architectures to provide better support for creation, deployment, operations and management of value-added Internet services and underlying networks.

Prof. Zhang has served on the Editorial board of IEEE/ACM Transactions on Networking, Elsevier’s Computer Network, an International Journal, and Chinese Academy of Science’s Journal of Computer Science and Technology. He was a Technical Program Co-chair of IEEE INFOCOM 2006 and ACM/USENIX Internet Measurement Conference (ACM/USENIX IMC’08), has served on the Technical Program Committees of various conferences and workshops including ACM SIGCOMM, ACM SIGMETRICS, ACM/USENIX IMC, IEEE INFOCOM, IEEE ICNP and CoNext. He received the National Science Foundation CAREER Award in 1997. He has also been awarded the prestigious McKnight Land-Grant Professorship and George Taylor Distinguished Research Award at the University of Minnesota, and the Miller Visiting Professorship at Miller Institute for Basic Sciences, University of California, Berkeley. Prof. Zhang is a co-recipient of an ACM SIGMETRICS best paper award, an IEEE International Conference on Network Protocols (ICNP) best paper award, and an IEEE INFOCOM best paper award. He is a Fellow of IEEE.

You can find more information about Prof. Zhang and his publications at http://www-users.cs.umn.edu/~zhzhang/