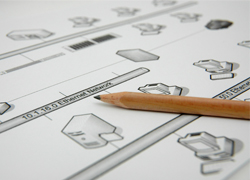 The Internet has transformed itself into a critical global information infrastructure, and fundamentally altered the ways we access information, communicate and interact with each other, purchase goods and services, and entertain ourselves. Despite its enormous success, the Internet suffers certain well-known shortcomings, and is increasingly strained to meet the high availability, reliability, mobility, manageability and security demands of Internet applications, users, and service providers alike. Much of my research is centered on addressing the challenges posed by these new demands.

This talk will present VIRO ‹ a novel, virtual identifier (Id) routing paradigm for future networks. The objective is three-fold. First, VIRO directly addresses the challenges faced by the traditional layer-2 technologies such as Ethernet, while retaining its simplicity feature.
Second, it provides a uniform convergence layer that integrates and unifies routing and forwarding performed by the traditional layer-2 and layer-3, as prescribed by the traditional local-area/wide-area network dichotomy. Third and perhaps more importantly, VIRO decouples routing from addressing, and thus is namespace-independent. The key idea in our design is to introduce a topology-aware, structured virtual id (vid) space onto which both physical identifiers as well as higher layer addresses/names are mapped. VIRO completely eliminates network-wide flooding in both the data and control planes, and thus is highly scalable and robust.
Furthermore, VIRO effectively localizes failures, and possesses built-in mechanisms for fast rerouting and load-balancing.

Who is Zhi-Li Zhang?

Zhi-Li Zhang received the B.S. degree in computer science from Nanjing University, China, in 1986 and his M.S. and Ph.D. degrees in computer science from the University of Massachusetts, in 1996. In 1997 he joined the Computer Science and Engineering faculty at the University of Minnesota, where he is currently the Qwest Chair Professor in Telecommunications. Prof. Zhang’s research interests lie broadly in computer communication and networks, Internet technology, multimedia and emerging applications. His past research was centered on the analysis, design and development of scalable Internet QoS solutions to support performance-demanding multimedia applications. His current research thrusts focus primarily on i) building highly scalable, resilient and secure Internet infrastructure and mechanisms to enhance Internet service availability, reliability and security; and on ii) developing next-generation, service-oriented, manageable Internet architectures to provide better support for creation, deployment, operations and management of value-added Internet services and underlying networks.

Prof. Zhang has served on the Editorial board of IEEE/ACM Transactions on Networking, Elsevier’s Computer Network, an International Journal, and Chinese Academy of Science’s Journal of Computer Science and Technology.
He was a Technical Program Co-chair of IEEE INFOCOM 2006 and ACM/USENIX Internet Measurement Conference (ACM/USENIX IMC’08), has served on the Technical Program Committees of various conferences and workshops including ACM SIGCOMM, ACM SIGMETRICS, ACM/USENIX IMC, IEEE INFOCOM, IEEE ICNP and CoNext. He received the National Science Foundation CAREER Award in 1997. He has also been awarded the prestigious McKnight Land-Grant Professorship and George Taylor Distinguished Research Award at the University of Minnesota, and the Miller Visiting Professorship at Miller Institute for Basic Sciences, University of California, Berkeley. Prof.
Zhang is a co-recipient of an ACM SIGMETRICS best paper award, an IEEE International Conference on Network Protocols (ICNP) best paper award, and an IEEE INFOCOM best paper award. He is a Fellow of IEEE.

You can find more information about Prof. Zhang and his publications at http://www-users.cs.umn.edu/~zhzhang/