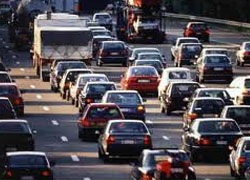 BitTorrent is currently the dominant Peer-to-Peer (P2P) protocol for file-sharing applications. BitTorrent is also a nightmare for ISPs due to its network agnostic nature, which is responsible for high network transit costs. The research community has deployed a number of strategies for BitTorrent traffic localization, mostly relying on the communication between the peers and a central server called tracker. However, BitTorrent users have been abandoning the trackers in favor of distributed tracking based upon Distributed Hash Tables (DHTs). The first contribution of this work is a quantification of this claim. We monitor during four consecutive days the BitTorrent traffic (both tracker-based and DHT-based) within a large ISP. The second contribution of this work is the design, prototype, and preliminary evaluation of the first traffic localization mechanism for DHT-based BitTorrent networks.