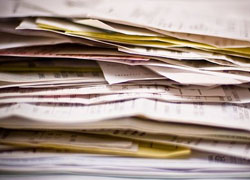 ​The technological advancement and information overload in recent years increased the popularity of Distributed Storage Systems where the data is replicated and maintained at multiple disks or servers residing at different network locations. While replication is sufficient to ensure data survivability, it raises an important question: “How can we efficiently maintain consistency among the replicas, despite system asynchrony and failures?”

Researches have investigated this challenging problem by studying implementations of atomic read/write registers in asynchronous message-passing systems. An atomic read/write register allows concurrent processes to share information through a common variable, as if they were accessing this variable in a sequential manner. Algorithms implementing atomic registers comprise building blocks for more complex Distributed Storage Systems. Also, they can be used directly to implement distributed file systems, which are interesting on their own right.

In this talk I will present two recently developed algorithms that implement atomic MWMR registers that allow some fast operations, that is, operations that complete in a single-round communication. The first algorithm allows only fast read operations, while the second algorithm allows also fast write operations. The comparison of these algorithms reveals interesting trade-offs between efficiency and deployability.

This talk in mainly based on the article “On the Efficiency of Atomic Multi-Reader, Multi-Writer Distributed Memory”, by B. Englert, C. Georgiou, P. Musial, N. Nicolaou and A. Shvartsman, which appears in the Proceedings of the 13th International Conference on Principles of Distributed Systems (OPODIS 2009).

This work is supported in part by the Cyprus Research Promotion Foundation grant ΠΕΝΕΚ/0609/31 and the European Regional Development Fund.

Who is Dr. Chryssis Georgiou?