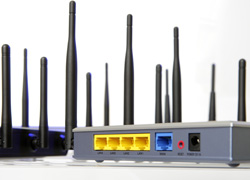 Despite the broadly title, the seminar will be focused in the notion of max-min fairness (MMF) and its application to routing optimization in communication networks:

Who is Michal Pioro?

Michal Pioro received his Ph.D. degree in 1979, his Habilitation degree in 1990, and obtained the Polish State Professorship in 2002 (all in Telecommunications). He is a professor and Head of Department of Data Networks and Switching at the Institute of Telecommunications, Warsaw University of Technology (Poland). At the same time he is a professor at the Department of Electrical and Information Technology, Lund University (Sweden). Professor Pioro used to lead many national and international research projects in telecommunications network modeling, optimization and performance analysis. He is the author of more than 150 research papers in the field. He also wrote several books, including a monograph ”Routing, Flow, and Capacity Design of Communication and Computer Networks”, Morgan Kaufmann Publishers (imprint of Elsevier), 2004. Prof. Pioro is a member of international research bodies and technical program committees of several main conferences. He is the technical editor of IEEE Communications Magazine. Scientific interests of Prof. Pioro concentrate on modeling and optimization of telecommunication networks.