Routers and Networks with Near-Zero Buffers 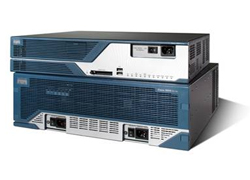 It this talk I will start with a brief overview of the research activities of our group at the University of New South Wales, Sydney, Australia, in the areas of core network switching, body area networking, and security for wireless sensor networks. I will then focus on the specific problem of sizing buffers in core routers, highlighting constraints posed by power consumption and optical storage technology. We investigate the impact of router buffer size on the characteristics of TCP traffic and its co-existence with open-loop traffic. We propose and analyze the efficacy of techniques such as traffic conditioning and forward error correction in managing contention loss in the network core. Finally, we speculate on the feasibility of a future Internet core with near-zero buffers.

Who is Dr. Vijay Sivaraman?

Dr. Vijay Sivaraman received his B. Tech. from the Indian Institute of Technology in Delhi, India, in 1994, his M.S. from North Carolina State University in 1996, and his Ph.D. from the University of California at Los Angeles in 2000, all in Computer Science. His PhD studies were funded by a Fellowship from Bell Labs. He has worked at a silicon valley start-up manufacturing optical switch-routers, and is now an academic at the University of New South Wales in Sydney, Australia. His research interests include Optical Networking, packet switching and routing, wireless sensor networks for healthcare applications, and low-power security schemes for wearable devices.