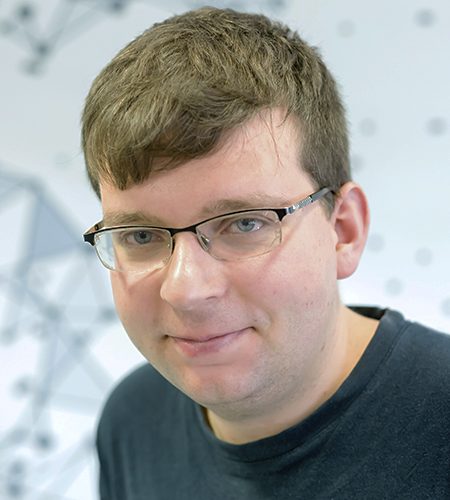 A broad spectrum of services running on top of an exponentially growing number of interconnected de­vices makes network operations more complex than ever. New complex network­wide behaviors, the vari­ability of desired objectives incorporating different intents into final decisions together with increasing scalability levels require network infrastructure to be more intelligent, expressive, and robust. Usually, these requirements lead to significant operational complexity and an increased cost of network infras­tructure. Reducing a manageable network state by better exploiting an expensive network infrastructure without compromising flexibility can overcome new levels of operational complexity and scalability constraints.

Vitalii received a BSc and MSc degree in applied mathematics and IT from St. Petersburg National Research University of IT, Mechanics and Optics, Computer Technology department. In 2011-2013 he participated in different ACM competitions.

During his study at ITMO University Vitalii was an intern as a Software Developer at Facebook from July 2015 to September 2015. Also, he was an Algorithm Developer at Veeroute (St. Petersburg, Russia) from Novemeber 2015 to May 2017.