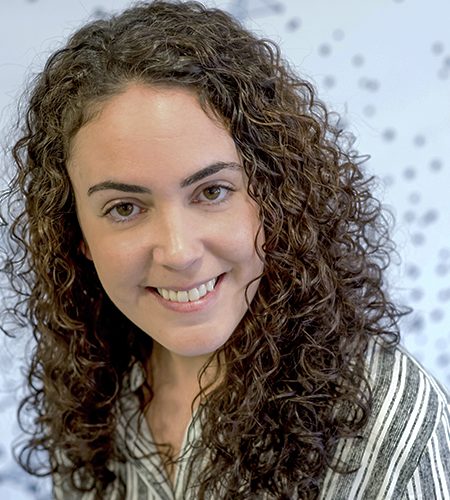 In this dissertation I look at opportunistic D2D networking, possibly operating in an infrastructure-less environment, and I investigate several schemes through modeling and simulation, deriving metrics that characterize their performance. In particular, I consider variations of the Floating Content (FC) paradigm, that was previously proposed in the technical literature. Using FC, it is possible to probabilistically store information over a given restricted local area of interest, by opportunistically spreading it to mobile users while in the area. In more detail, a piece of information which is injected in the area by delivering it to one or more of the mobile users, is opportunistically exchanged among mobile users whenever they come in proximity of one another, progressively reaching most (ideally all) users in the area and thus making the information dwell in the area of interest, like in a sort of distributed storage.

While previous works on FC almost exclusively concentrated on the communication component, in this dissertation I look at the storage and computing components of FC, as well as its capability of transferring information from one area of interest to another.

I first present background work, including a brief review of my Master Thesis activity, devoted to the design, implementation and validation of a smartphone opportunistic information sharing application. The goal of the app was to collect experimental data that permitted a detailed analysis of the occurring events, and a careful assessment of the performance of opportunistic information sharing services. Through experiments, I showed that many key assumptions commonly adopted in analytical and simulation works do not hold with current technologies. I also showed that the high density of devices and the enforcement of long transmission ranges for links at the edge might counter-intuitively impair performance. The insight obtained during my Master Thesis work was extremely useful to devise smart operating procedures for the opportunistic D2D communications considered in this dissertation.

In the core of this dissertation, initially I propose and study a set of schemes to explore and combine different information dissemination paradigms along with real users’ mobility and predictions focused on the smart diffusion of content over disjoint areas of interest. To analyze the viability of such schemes, I have implemented a Python simulator to evaluate the average availability and lifetime of a piece of information, as well as storage usage and network utilization metrics. Comparing the performance of these predictive schemes with state-of-the-art approaches, results demonstrate the need for smart usage of communication opportunities and storage. The proposed algorithms allow for an important reduction in network activity by decreasing the number of data exchanges by up to 92%, requiring the use of up to 50% less of on-device storage, while guaranteeing the dissemination of information with performance similar to legacy epidemic dissemination protocols.

In a second step, I have worked on the analysis of the storage capacity of probabilistic distributed storage systems, developing a simple yet powerful information theoretical analysis based on a mean field model of opportunistic information exchange. I have also extended the previous simulator to compare the numerical results generated by the analytical model to the predictions of realistic simulations under different setups, showing in this way the accuracy of the analytical approach, and characterizing the properties of the system storage capacity.

I conclude from analysis and simulated results that when the density of contents seeded in a floating system is larger than the maximum amount which can be sustained by the system in steady state, the mean content availability decreases, and the stored information saturates due to the effects of resource contention. With the presence of static nodes, in a system with infinite host memory and at the mean field limit, there is no upper bound to the amount of injected contents which a floating system can sustain. However, as with no static nodes, by increasing the injected information, the amount of stored information eventually reaches a saturation value which corresponds to the injected information at which the mean amount of time spent exchanging content during a contact is equal to the mean duration of a contact.

As a final step of my dissertation, I have also explored by simulation the computing capabilities of an infrastructure-less opportunistic communication, storage and computing system, considering an environment that hosts a distributed Machine Learning (ML) paradigm that uses observations collected in the area over which the FC system operates to infer properties of the area. Results show that the ML system can operate in two regimes, depending on the load of the FC scheme. At low FC load, the ML system in each node operates on observations collected by all users and opportunistically shared among nodes. At high FC load, especially when the data to be opportunistically exchanged becomes too large to be transmitted during the average contact time between nodes, the ML system can only exploit the observations endogenous to each user, which are much less numerous. As a result, I conclude that such setups are adequate to support general instances of distributed ML algorithms with continuous learning, only under the condition of low to medium loads of the FC system. While the load of the FC system induces a sort of phase transition on the ML system performance, the effect of computing load is more progressive. When the computing capacity is not sufficient to train all observations, some will be skipped, and performance progressively declines.

In summary, with respect to traditional studies of the FC opportunistic information diffusion paradigm, which only look at the communication component over one area of interest, I have considered three types of extensions by looking at the performance of FC: over several disjoint areas of interest; in terms of information storage capacity; in terms of computing capacity.

Noelia Pérez Palma received her BSc in Computer Sicence from the University of Murcia, and MSc in Telematic Engineering from the University of Carlos III, Madrid, in 2014 and 2017, respectively. In 2019 she was a visiting Research Assistant with the group of Falko Dressler, Distributed Embedded Systems Group at Paderborn University, Germany. She is currently working towards his Ph.D. in the Opportunistic Architectures Lab Group of Vincenzo Mancuso at IMDEA Networks Institute, Spain. Her research focuses on protocols for opportunistic wireless networks in infrastructure-less scenarios, with applications in D2D communications.