PhD Thesis defense: "Do Android Dream of Electric Sheep?" On Privacy in the Android Supply Chain 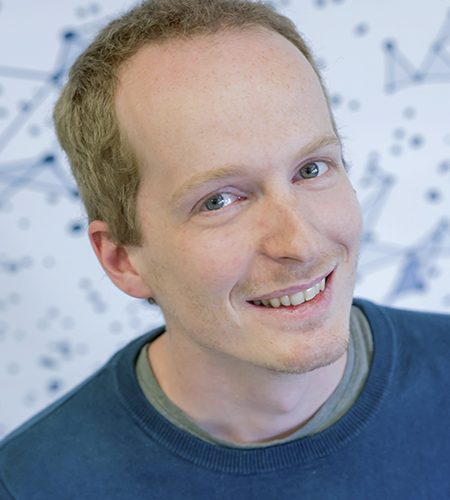 The Android Open Source Project (AOSP) was first released by Google in 2008 and has since become the most used operating system. Thanks to the openness of its source code, any smartphone vendor or original equipment manufacturer (OEM) can modify and adapt Android to their specific needs, or add proprietary features before installing it on their devices in order to add custom features to differentiate themselves from competitors. This has created a complex and diverse supply chain, completely opaque to end-users, formed by manufacturers, resellers, chipset manufacturers, network operators, and prominent actors of the online industry that partnered with OEMs. Each of these stakeholders can pre-install extra apps, or implement proprietary features at the framework level.

However, such customizations can create privacy and security threats to end-users. Pre-installed apps are privileged by the operating system, and can therefore access system APIs or personal data more easily than apps installed by the user. Unfortunately, despite these potential threats, there is currently no end-to-end control over what apps come pre-installed on a device and why, and no traceability of the different software and hardware components used in a given Android device. In fact, the landscape of pre-installed software in Android and its security and privacy implications has largely remained unexplored by researchers.

In this thesis, I investigate the customization of Android devices and their impact on the privacy and security of end-users. Specifically, I perform the first large-scale and systematic analysis of pre-installed Android apps and the supply chain. To do so, I first develop an app, Firmware Scanner, to crowdsource close to 34,000 Android firmware versions from 1,000 different OEMs from all over the world. This dataset allows us to map the stakeholders involved in the supply chain and their relationships, from device manufacturers and mobile network operators to third-party organizations like advertising and tracking services, and social network platforms. I could identify multiple cases of privacy-invasive and potentially harmful behaviors. My results show a disturbing lack of transparency and control over the Android supply chain, thus showing that it can be damageable privacy- and security-wise to end-users.

Next, I study the evolution of the Android permission system, an essential security feature of the Android framework. Coupled with other protection mechanisms such as process sandboxing, the permission system empowers users to control what sensitive resources (e.g., user contacts, the camera, location sensors) are accessible to which apps. The research community has extensively studied the permission system, but most previous studies focus on its limitations or specific attacks. In this thesis, I present an up-to-date view and longitudinal analysisof the evolution of the permissions system. I study how some lesser-known features of the permission system, specifically permission flags, can impact the permission granting process, making it either more restrictive or less. I then highlight how pre-installed apps developers use said flags in the wild and focus on the privacy and security implications. Specifically, I show the presence of third-party apps, installed as privileged system apps, potentially using said features to share resources with other third-party apps.

In this thesis, I systematically studied, at scale, the vast and overlooked ecosystem of pre-installed Android apps. My results show a complete lack of control of the supply chain which is worrying, given the huge potential impact of pre-installed apps on the privacy and security of end-users. I conclude with a number of open research questions and future avenues for further research in the ecosystem of the supply chain of Android devices.

Julien Gamba is a PhD student in the Internet Analytics Group at the IMDEA Networks Institute. He graduated with honors from the university of Strasbourg (France) with a master of science in computer networks and embedded systems. His research revolves around user’s security and privacy in Android devices. In his work, Julien uses both static and dynamic analysis, as well as other techniques specifically designed to understand the behavior of mobile applications. Recently, Julien was the first author of the first large-scale analysis of the privacy and security risks of pre-installed software on Android devices and their supply chain, which was awarded the Best Practical Paper Award at the 41st IEEE Symposium on Security and Privacy. This study was featured in major newspaper such as The Guardian (UK), the New York Times (USA), CDNet (USA) or El País (Spain). Julien was also awarded the ACM IMC Community Contribution Award in 2018 for his analysis of domain ranking services, and was awarded the NortonLifeLock Research Group Graduate Fellowship, the Google PhD Fellowship in Security and Privacy and Consumer Reports’ Digital Lab fellowship.