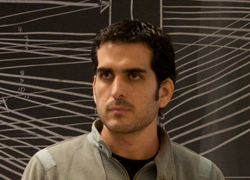 Who is Rubén Cuevas?

In February 2006 he received a Ph.D. Scholarship awarded by the Telematics Engineering Department at University Carlos III of Madrid.

From September 2008 to March 2009, he underwent an Internship with the Internet Scientific Group at Telefonica Research Lab, Barcelona. Currently he is Adjunct Professor at the Telematics Engineering Department, University Carlos III of Madrid. He is also member of the NETCOM research group.

His teaching experience during the last 4 years has ranged from different degree subjects (Telecommunications Engineering and Computer Science, amongst others) to an international M.Sc. Program (NEBCC_Network and E-Business Centred Computing- Erasmus Mundus Program). As researcher, he is coauthor of more than 20 papers in prestigious international journals and conferences such as IEEE Network, Elsevier Computer Network, IEEE INFOCOM, IEEE ICC and IEEE VTC.