Multipath TCP and the perils of redesigning the Internet 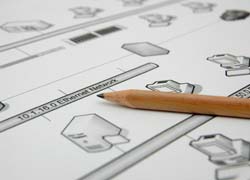 The way the Internet works today is that routing protocols select a single path through the network, and transport protocols like TCP then adapt to the properties of that path. So the situation where there are unused paths that remain idle is quite common. The idea behind multipath TCP is to modify TCP so it can send packets over multiple paths at the same time, moving traffic from more congested paths to less congested paths and thus optimizing network utilization and performance.