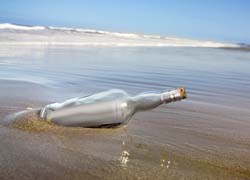 Mobile communications networks have been evolved through multiple technologies over a period of several decades, to a stage that they become very complicated in the context of resource control and management. The heterogeneous next generation mobile network (NGMN) now includes a variety of network technologies and topologies incorporating with one another to provide a wide range of services; operate in a variety of channel conditions and environments; and within a single universal end user device. NGMN will need to be offered as an integrated system, and to promote interoperability among networks, offer global coverage and seamless mobility, enable the use of a universal handheld terminal, and enhance service quality compared to current wired networks. NGMN will be the infrastructure of the true mobile Internet.

Biologically-inspired technologies seem to be a promising candidate to initiate further evolvement of the NGMN in a way that it can be operated much more efficiently and resource controlled in the heterogeneous and cooperative environment. There are certain similarities between the biological systems and the NGMN that show some principles in one system could be adapted to the other one and make the NGMN network management more flexible and operational. In this talk, the NGMN will be explained and its functionalities mapped with the biological systems using the examples of the speaker’s previous research works in the areas of NGMN architecture design, mobility and traffic management for cellular networks, NGMN security, mobile ad hoc and mesh networks, wireless sensor networks, and vehicular communications. The talk should be able to inspire the audience on new techniques accessible from the nature for a better design of architecture and network operation in future mobile communications networks than the conventional approaches.

Dr Jamalipour has authored several invited papers and been a keynote speaker in many prestigious conferences. He served as the Chair of the Satellite and Space Communications Technical Committee (2004-06); and currently is the Vice Chair of Communications Switching and Routing TC; and Chair of Chapters Coordinating Committee, Asia-Pacific Board, all from the IEEE Communications Society. He is a voting member of the IEEE GITC and IEEE WCNC Steering Committee. He has been a Vice Chair of IEEE WCNC2003 to 2006, Program Chair of SPECTS2004, Chair of symposiums at IEEE GLOBECOM2005 to 2007 and IEEE ICC2005 to 2008, Program Co-Chair of IEEE RWS2008, General Co-Chair IEEE RWS2009, among many conference leadership roles. Currently he is the General Chair of IEEE WCNC2010 to be held in Sydney, Australia, Workshops Chair of the IEEE ICC2010 and a Symposium Chair and Vice TPC Chair of the IEEE Globecom2010.Abbas Jamalipour holds a PhD from Nagoya University, Japan. He is the author of the first book on wireless IP and three other books, and has co-authored nine books and over 190 technical papers, all in the field of mobile communications networks. He is a Fellow of IEEE (for contributions to next generation networks for traffic control), a Fellow of Institute of Engineers Australia; an IEEE Distinguished Lecturer and a Technical Editor of several scholarly journals including IEEE Communications, Wiley International Journal of Communication Systems, Journal of Communication Network, etc. He was the Editor-in-Chief of the IEEE Wireless Communications between Dec 2005 and Feb 2009. His areas of research are wireless data communication networks, wireless IP networks, next generation mobile networks, traffic control, network security and management, and satellite systems. He was one of the first researchers to disseminate the fundamental concepts of the next generation mobile networks and broadband convergence networks as well as the integration of wireless LAN and cellular networks; some of which are being gradually deployed by industry and included in the ITU-T standards.