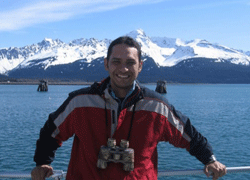 In the last decade, there have been radical changes in both the nature of the mechanisms used for Internet content distribution, and the type of content delivered. On the one hand, Peer-to-Peer (P2P) based content distribution has matured. On the other hand, there has been a tremendous growth in video traffic. The goal of my work is to characterize these emerging trends in content distribution and understand their implications for Internet Service Providers (ISP) and users. Such characterization is critical given the predominance of P2P and video traffic in the Internet today and can enable further evolution of content delivery systems in ways that benefit both providers and users.

In this work, I make the following contributions: (i) I develop novel methodologies to identify undesirable behavior of P2P systems, and expose the prevalence of such behavior; (ii) I characterize private P2P communities, and discuss the implications of our findings on recent research on localization of P2P traffic within an ISP; (iii) I shed light into the factors that govern the data-center selection for video delivery in geographically distributed settings by characterizing YouTube, the most popular video distribution network in the Internet.

A common thread underlying these contributions and a distinguishing highlight of my work is the analysis of terabytes of traffic traces collected from multiple ISP and Campus networks located in different countries.

Ruben Torres is a Ph.D. candidate in Electrical and Computer Engineering at Purdue University. He is part of the Internet Systems Lab, led by Sanjay Rao. He holds a BS in Electronics and Communications Engineering from the University of Panama and a MS in Electrical and Computer Engineering from Purdue University. His research work is in the area of computer network systems with emphasis on peer-to-peer systems, content distribution networks and Internet measurements. His work has been published in important venues such as Sigmetrics and Infocom. He will graduate from the Ph.D. program in May 2011.