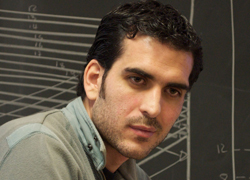 BitTorrent is the most popular P2P content delivery appli-cation where individual users share various type of content with tens of thousands of other users. The growing popular-ity of BitTorrent is primarily due to the availability of valuable content without any cost for the consumers. However, apart from required resources, publishing (sharing) valuable (and often copyrighted) content has serious legal implica-tions for users who publish the material (or publishers). This raises a question that whether (at least major) content publishers behave in an altruistic fashion or have other incentives such as financial. In this study, we identify the content publishers of more than 55K torrents in two major BitTorrent portals and examine their behavior. We demonstrate that a small fraction of publishers is responsible for 67% of the published content and 75% of the downloads. Our investigations reveal that these major publishers respond to two dif-ferent profiles. On the one hand, antipiracy agencies and ma-licious publishers publish a large amount of fake files to protect copyrighted content and spread malware respectively. On the other hand, content publishing in BitTorrent is largely driven by companies with financial incentives. Therefore, if these companies lose their interest or are unable to publish content, BitTorrent traffic/portals may disappear or at least their associated traffic will be significantly reduced.

Who is Dr. Ruben Cuevas?

Rubén Cuevas Rumín was born in Madrid, in 1981. He obtained his PhD and MSc in Telematics Engineering and MSc in Telecommunications Engineering at University Carlos III of Madrid (Spain) in 2010, 2007 and 2005 respectively. Furthermore he received his MSc in Network Planning and Managment at Aalborg University (Denmark) in 2006. He is member of the Telematic Engineering Department and NETCOM research group since 2006, where currently he is Assistant Professor. From September 2008 until March 2009 he was intern in the Internet Scientific Group at Telefonica Research Lab Barcelona.

He has been teaching during the last 4 years in different degrees (Telecommunications Engineering, Computer Science…) and international MSc (NEBCC_Network and E-Business Centred Computing- Erasmus Mundus Program).