Impact of Prefix Hijacking on Payments of Providers 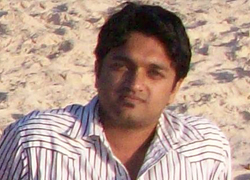 Whereas prefix hijacking is usually examined from security perspectives, this paper looks at it from a novel economic angle. Our study stems from an observation that a transit AS (Autonomous System) has a financial interest in attracting extra traffic to the links with its customers. Based on real data about the actual hijacking incident in the Internet, we conduct simulations in the real AS-level Internet topology with synthetic demands for the hijacked traffic. Then, we measure traffic on all inter-AS links and compute the payments of all providers. The analysis of our results from technical, business, and legal viewpoints suggests that hijacking-based traffic attraction is a viable strategy that can create a fertile ground for tussles between providers. In particular, giant top-tier providers appear to have the strongest financial incentives to hijack popular prefixes and then deliver the intercepted traffic to the proper destinations. We also discuss directions for future research in the area of hijacking-based traffic attraction.

Who is Pradeep Bangera?

Pradeep Bangera received his Bachelors degree in Engineering from Siddaganga Institute of Technology, Tumkur affiliated to Visveswaraiah Technological University, Belgaum, India in June 2005. He was further awarded an MTech degree in Information and Communication Network Engineering from Manipal Institute of Technology affiliated to Manipal University, Manipal, India in August 2009. From 2005 to 2006, he served as Assistant Engineer at Xalted Networks in Bangalore, India. He currently works as a Research Assistant at IMDEA Networks, Madrid, Spain. His primary research interests are Routing in Vehicular Ad Hoc Networks and Security and Privacy issues in VANET. His research contributions include proposing a solution for location service in VANET known as “Map-Based Location service for VANET” as part of an Internship work carried out under the supervision of Dr. Mounir Boussedjra and Prof. Dr. Joseph Mouzna at ESIGELEC-IRSEEM, France, from June 2008 to December 2008, and a security solution for Location service in VANET known as “Global Public Key Algorithm for secure location Service in VANET” under the supervision of Prof. Dr. Manohara Pai M. M. for an Internship at Manipal Institute of Technology, Manipal from January 2009 to August 2009. Pradeep Bangera’s work has been selected for publication at conferences such as ICUMT 2009, St. Petersburg, Russia and ITST 2009, Lille, France.