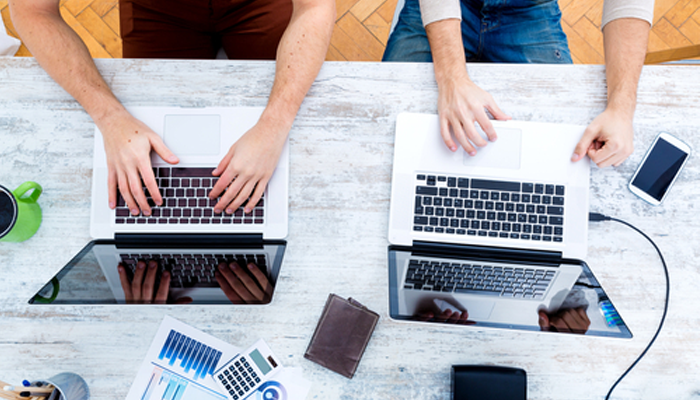 In recent years, the volume of generated data has shown an exponential increase. New information and communication technologies, together with an increasing computational capacity to process, store and analyze data, have revolutionized several industries and scientific disciplines. Data has become a fundamental piece for improving people’s lives. However, better techniques to create knowledge from these datasets are increasingly required. New fields of research such as Artificial Intelligence (AI) allow us to imagine and design a future where human activity coexists with new tools (e.g., algorithms, machines, robots, etc.) creating collective capabilities never seen before.

Our society is currently facing one of its highest levels of complexity. The emergence of global interconnectivity due to electronic communication and physical travel has changed the way we interact with each other and the dynamics of our social systems. Having access to large amounts of data represents an unprecedented opportunity for in-depth understanding of societal behaviors. For the first time in history, we are now able to observe disaggregated social interactions and the way these combine to create large-scale social systems. The integration of such knowledge and understanding in future automation technologies remains a challenge.

The relationship between humans and robots has captured the interest of different social agents (governments, legislators, private sector, etc.) due to its defiance against the current status quo. However, how can we design this symbiosis in order to maximize benefits and minimize risks? Recent advances in the world of cryptography and distributed ledgers enable a generation of new models of digital trust. The combination of these technologies allow us to create a new ecosystem of services based on the collaboration between robots and humans rather than on the competition against each other.

The Human Dynamics research group at the MIT Media Lab is led by Alex “Sandy” Pentland. He is one of the pioneers and world leaders in analysis of collective social behaviors based on aggregate data from personal information. His extensive experience in this topic has allowed him to analyze the different study stages, starting from the data collection through wearables and large databases, the aggregate study of the data, and covering fundamental aspects such as vulnerability and privacy of personal data, through various initiatives such as Open Algorithms (OPAL).

José Balsa Barreiro is PhD in Civil Engineering from the University of Coruña and the Politecnico di Torino (Italy). He is an Industrial Engineer, specialized in Mechanics and Geodetic Engineer, both from the Polytechnic University of Valencia. In addition, he holds a Degree in Geography from the University of Santiago de Compostela. He has worked as a Postdoctoral Researcher at the Institute for Photogrammetry, in the University of Stuttgart (Germany), and at the Swiss Federal Institute of Technology in Zurich (Switzerland). He is currently a Postdoc Fellow associated with the Human Dynamics group, within the MIT Media Lab. Currently he is working on topics of segregation and polarization based on social and economic indicators in American cities, among other topics.

Eduardo Castelló Ferrer is PhD and Master in Robotic Engineering from Osaka University (Japan). Eduardo was Postdoc at the MIT Media Lab in the Open Agriculture group. Now he is involved as Postdoctoral Researcher (Marie Curie Fellow) associated with the Human Dynamics group, within the MIT Media Lab. Currently, Eduardo is investigating the synergy between the world of distributed robotics and new consensus and cryptographic models such as the “blockchain”.

Alfredo J. Morales is PhD and Master in Complex Systems Physics from the Polytechnic University of Madrid. He made a postdoctoral vacancy at the New England Complex Systems Institute (NECSI), where he currently works as Assistant Professor. Since 2016, he is Visiting Scholar in the Human Dynamics group, within the MIT Media Lab. He is working on the use of AI techniques with Big Data for the understanding of collective behaviors of social systems.