Has the Internet delay gotten better or worse? 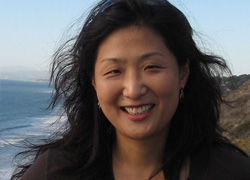 Who is Dr. Sue Moon?

Sue Moon received her B.S. and M.S. from Seoul National University, Seoul, Korea, in 1988 and 1990, respectively, all in computer engineering. She received a Ph.D. degree in Computer Science from the University of Massachusetts at Amherst in 2000. From 1999 to 2003, she worked in the IPMON project at Sprint ATL in Burlingame, California. In August of 2003, she joined KAIST and now teaches in Daejeon, Korea. She has served as TPC co-chair for ACM Multimedia and ACM SIGCOMM MobiArch Workshop, general chair for PAM, and TPC for many conferences, including SIGCOMM 2010, NSDI 2008 and 2010, WWW 2007-2008, INFOCOM 2004-2006, and IMC 2009. She is currently serving as guest editor for IEEE Network Special Issue on Online Social Networks and Journal of Network and Systems Management Special Issues on New Advances on Meausrement Based Network Management. She won the best paper award in ACM SIGCOMM Internet Measurement Conference 2007 and has been awarded the Amore Pacific Woman Scientist Award in 2009. Her research interests are: network performance measurement and analysis, online social networks, and networked systems.