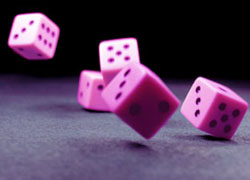 Who is Dr. Walid Saad?

Walid Saad received his B.E. degree in Computer and Communications Engineering from the Lebanese University, Faculty of Engineering in 2004, his M.E. in Computer and Communications Engineering from the American University of Beirut (AUB) in 2007, and his Ph.D degree from the University of Oslo in 2010. From August 2008 till July 2009 he was a visiting scholar in the Coordinated Science Laboratory at the University of Illinois at Urbana Champaign. Currently, he is a Postdoctoral Research Associate at the Electrical Engineering Department at Princeton University. His research interests include interdisciplinary research spanning various areas such as game theory, wireless networks, cognitive radio, femtocell networks, wireless communication systems (UMTS, WiMAX, LTE), the smart grid, and micro-economics of communication networks. Dr. Saad is the co-Chair of the Gamecomm 2011 workshop and of VTC-Fall 2011. He has also served as TPC member in leading IEEE conferences. He was the first author of the papers that received the Best Paper Award at the 7th International Symposium on Modeling and Optimization in Mobile, Ad Hoc and Wireless Networks (WiOpt), in June 2009 and at the 5th International Conference on Internet Monitoring and Protection (ICIMP) in May 2010.