From intelligent transportation to smart grid. In quest of the killer application for multiagent system technology 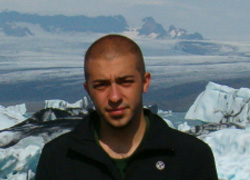 Since the early nineties, intelligent agents and multiagent systems have been envisioned as the key enabling technologies for the design and implementation of large-scale, open, distributed systems. After two decades, the scientific community is still in quest of the killer application that could unleash the full potential of multiagent systems. In recent years, smart infrastructures, such as intelligent transportation and smart power networks, attracted the interest of the scientific community as two paradigmatic large-scale, open, distributed systems of a great social and economical relevance. In particular the talk will focus on two examples of on-going research on the application of market-based methods for the efficient allocation of urban road networks and coalition formation for the creation of virtual power plants.

I’m a teaching assistant and member of the Artifical Intelligence Research Group at the University Rey Juan Carlos in Madrid (Spain). I obtained my MSc in Informatics from the University of Modena (Italy) in 2004. Between 2003 and 2004 I worked in the Agent and Pervasive Computing Research Group at the University of Modena. I obtained my PhD from the University Rey Juan Carlos in 2009. My research interests span from coordination and learning in multiagent systems, to intelligent infrastructures for transportation and power systems. I’m author of several publications in journals, books and international conferences, and I participated in more than 10 research projects, funded by the European Commission and the Spanish Government.