From a national leadership to the World Championship. Lessons learned from Telefónica's internationalization process 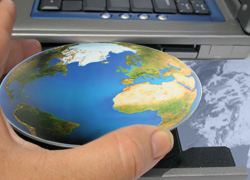 This presentation intends to extract some useful hints on how to successfully manage an internationalisation process. It is focused on the specific case of a Spanish very large company: Telefónica, the leading Spanish telecommunications operator and one of the Top Ten telcos in the worldwide ranking by market cap nowadays.
The presentation reviews the four stages that the presenter identifies in the story of the Telefónica’s internationalisation process, trying to extract some lessons about how to drive a successful internationalisation strategy which should be applicable not only to very large companies in the ICT industry, but to companies of any size in any industry with a very dynamic competitive environment.

Who is José Cea Jiménez?

Telecommunications Engineer by the Madrid Polytechnical University, management degree by the IESE Business School, Master in Marketing by Euroforum-Escorial and MBA by IDE-CESEM.

He is working in the ICT sector since 1985, almost 100% of this time in large multinational companies within this industry:

Currently he works as an independent consultant, performing advisory and consulting jobs for enterprises and their management teams who pursue to foster their businesses profitability by leveraging on the adequate use of Information and Communications Technologies. He is a specialist on business strategies design and implementation, and in the communication of the achievements and results obtained through them