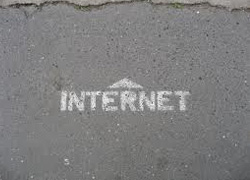 Content-Centric Networking (CCN) is a clean-slate proposal to replace/enrich the current Internet. CCN is focused on content instead of machines, so users can request a given content by sending Interest messages with the name of the content. CCN routers have three main data structures: a FIB mapping content names to outbound faces, a Content Store to cache data packets and a pending Interest table (PIT) to forward incoming packets towards the consumers, using a breadcrumb mechanism. Security is part of the proposal, as all data packets are signed by its publisher.

CCN, although promising, has several open challenges to be solved. The main issue is about scalability, as FIBs contain entries with names, instead of IP addresses. Although in CCN authors propose to use hierarchical names, because the same object can be replicated at different parts of the network, names cannot be aggregated at all. We provide some solutions for this particular problem. We will also present our ongoing work on timer issues, caching at routers and other security issues not handled by the original proposal.

Jaime Garcia received a Telecommunications Engineering degree, in 2000, from the University of Vigo, Spain and a Ph.D. in Telecommunications, in 2003, from the University Carlos III of Madrid, Spain. He is currently an associate professor at Univ. Carlos III of Madrid, having joined in 2002, and he has published over 35 papers in the field of broadband computer networks in both magazines and congresses. He has been involved in several international and national projects related to protocol design, user localization, broadband access, peer-to-peer overlays, Next Generation Networks and signaling protocols, such as the EU IST MUSE, the EU NoE CONTENT and the Spanish BioGridNet. Currently, he is working within the Spanish project MEDIANET, performing research on video streaming distribution over peer-to-peer networks in the future Internet.

You can find more information about Jaime Garcia-Reinoso and his publications at: http://www.it.uc3m.es/~jgr/index.html