An Economic Side-Effect for Prefix Deaggregation 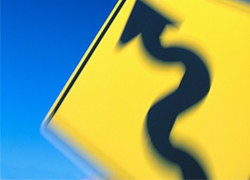 The injection of artificially fragmented prefixes through BGP is a widely used traffic engineering technique. In this paper we examine one particular economic side-effect of deaggregation, namely the impact on the transit traffic bill. We show that the use of more-specific prefixes has a traffic stabilization side-effect which translates into a decrease of the transit traffic bill. We propose an analytical model in order to quantify the impact of deaggregation on the transit costs. We validate our results by means of simulations and through the extensive analysis of real BGP routing information data.

In July 2009, Andra Lutu graduated from the Polytechnic University of Bucharest, Faculty of Electronics, Telecommunication and Information Technology. She received her BSc in Networks and Software for Telecommunications. During the final year of her undergraduate studies, Andra was part of the Orange Romania “Top Talents” programme. During her university studies, she also participated in training programmes with well known telecommunication companies such as: Ericsson Romania from July to August 2009; Cosmote Romania on July 2008; and Orange Romania from July to August 2007. In October 2009, Andra Lutu joined Institute IMDEA Networks as a Research Assistant. Since then, she has been working under the supervision of Prof. Dr. Marcelo Bagnulo. Andra graduated from the Interuniversitary Masters programme in Telematics Engineering from University Carlos III of Madrid in September 2010, after defending her Masters Thesis “Game Theory applications to Interdomain Routing”. In October 2010, Andra joined the Telematics Engineering Department at University Carlos III of Madrid as a PhD candidate under the supervision of Prof. Dr. Marcelo Bagnulo.

Andra Lutu is currently interested in different aspects of interdomain routing, with a special focus on the Game Theory applications to the behavior of the current Internet routing protocol, BGP.