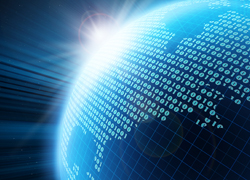 The increasing adoption of Software Defined Networking, and OpenFlow in particular, brings great hope for increasing extensibility and lowering costs of deploying new network functionality. A key component in these networks is the OpenFlow agent, a piece of software that a switch runs to enable remote programmatic access to its forwarding tables. While testing high-level network functionality, the correct behavior and interoperability of any OpenFlow agent are taken for granted. However, existing tools for testing agents are not exhaustive nor systematic, and only check that the agent’s basic functionality works. In addition, the rapidly changing and sometimes vague OpenFlow specifications can result in multiple implementations that behave differently.

In this talk, I will present SOFT, a tool for testing the interoperability of OpenFlow switches. Our key insight is in automatically identifying the testing inputs that cause different OpenFlow agent implementations to behave inconsistently. To this end, we first symbolically execute each agent under test in isolation to derive which set of inputs causes which behavior. We then crosscheck all distinct behaviors across different agent implementations and evaluate whether a common input subset causes inconsistent behaviors. Our evaluation shows that our tool identified several inconsistencies between the publicly available Reference OpenFlow switch and Open vSwitch implementations.

Who is Maciej Kuzniar?

Maciej Kuzniar is a PhD student at EPFL, Switzerland under the supervision of Professor Dejan Kostić. His research focuses on distributed systems and computer networks, in particular on improving the reliability of Software Defined Networks. He received his Master of Science degree in Computer Science from AGH University of Science and Technology in Krakow, Poland.

This event will be conducted in English.