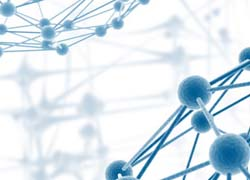 Formally, the Internet inter-domain routing system is a collection of networks, their policies, peering relationships and organizational affiliations, and the addresses they advertize. It also includes components like Internet exchange points. By its very definition, each and every aspect of this system is impacted by BGP, the de-facto standard inter-domain routing protocol. The element of this inter-domain routing system that has attracted the single-most attention within the research community has been the “inter-domain topology”. Unfortunately, almost from the get go, the vast majority of studies of this topology, from definition, to measurement, to modeling and analysis, have ignored the central role of BGP in this problem. The legacy is a set of specious findings, unsubstantiated claims, and ill-conceived ideas about the Internet as a whole. By presenting a BGP-focused state-of-the-art treatment of the aspects that are critical for a rigorous study of this inter-domain topology, we demystify in this talk many “controversial” observations reported in the existing literature. At the same time, we illustrate the benefits and richness of new scientific approaches to measuring, modeling, and analyzing the inter-domain topology that are faithful to the BGP-specific nature of this problem domain.

Who is Olaf Maennel?
Since September 2009 Olaf Maennel is a lecturer Loughborough University, UK. Before that he was at Deutsche Telekom Laboratories and at the School of Mathematical Science of the University of Adelaide in South Australia. Olaf graduated from the Technical University of Munich, Germany, in 2005. His research interests are next generation internet technology, network debugging, active routing measurements, as well as configuration management. He also serves in the Internet Engineering Task Force (IETF) on IPv6 deployment and A+P